Know Everything About Fantom (FTM)

Cryptocurrencies has revised many conventional paradigms over the course of the decade. Interestingly, the discussion was not limited to cryptocurrencies and within no time, blockchain technology enabled many new trends such as DeFi and NFTs. The discussions around Fantom crypto might seem like another common detail in the world of cryptocurrencies. However, Fantom introduces a formidable improvement required for the expansion of DeFi applications and other web3 projects. How?

The layer 1 EVM-compatible blockchain is just another alternative to Ethereum for developing decentralized apps and smart contracts. However, the working of Fantom and its features can help you learn more about its potential. The following discussion helps you learn about the Fantom blockchain and how it works. You can also figure out important details about the tokenomics of Fantom for making relevant decisions about the new blockchain network.

Why Do You Need Fantom?

The first thing you need to learn about Fantom FTM is the background of the network. Bitcoin signaled the beginning of the era of cryptocurrencies in 2009 and marked a milestone in technological advancements. The arrival of Bitcoin helped in creating the foundations for a thriving ecosystem of blockchain-based applications. On the other hand, Bitcoin faces certain limitations, such as scalability. The integral component of the Bitcoin blockchain i.e. the consensus algorithm, serves as the biggest setback owing to its limitations by design. Similarly, many other blockchain networks have to deal with trade-offs between the three important elements in blockchain trilemma.

The three elements are decentralization, scalability and security. According to the blockchain trilemma, blockchain networks have to trade off one of these components for the other two. Before you learn about Fantom tokens, you need to take a look at the example of Bitcoin, which emphasizes security and decentralization. Based on the blockchain trilemma, Bitcoin would have to compromise on scalability. Therefore, it would not be the ideal pick for transactions which need faster confirmations, such as asset trading, everyday payments and data transfers. At the same time, concerns regarding the higher network congestion on the Ethereum blockchain network also call for alternatives with better scalability. While layer 2 solutions might serve as the answers to scalability issues, layer 1 implementations need to improvise. 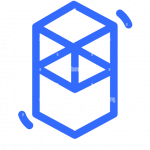 Fantom is basically a layer 1 smart contract development platform with high performance, EVM compatibility and better scalability. The answer to ‘what is Fantom’ would also draw attention towards Fantom Opera, the mainnet deployment of Fantom. Another important component in the design of Fantom refers to the consensus mechanism, Lachesis. With these components, Fantom can serve as an asynchronous, byzantine fault-tolerant and asynchronous layer 1 blockchain protocol. Lachesis plays a crucial role in ensuring faster transaction speeds, deterministic finality and reduced transaction costs. Interestingly, Fantom also remains open-source, permissionless and decentralized.

The design of Fantom FTM has been optimized for resolving the problems of decentralizing many services at scale. For example, legacy financial systems including consumer-facing solutions and back-end tools need faster finality and higher throughput. At the same time, they cannot compromise in terms of security while going through a blockchain transformation journey. Fantom can leverage Lachesis for ensuring seamless execution of digital asset transactions at unprecedented speeds alongside providing significant improvements. Above everything else, Fantom does not compromise with decentralization and security for ensuring scalability.

Another striking highlight in answers to “Is Fantom a good crypto?” would refer to the modular architecture of Fantom. As a result, it can facilitate the complete customization of blockchain networks for digital assets, featuring distinct traits suited to the individual use cases. In addition, it takes care of security through a completely leaderless Proof of Stake or PoS protocol for ensuring network security. The asynchronous BFT consensus algorithm comes into play once again with the ability for scaling across different nodes with a permissionless and open environment guaranteeing exclusive levels of decentralization. It is important to note that Fantom does not utilize the Delegated Proof of Stake consensus mechanism or any ‘Masternodes’.

If you want to learn about the Fantom wallet and other components of Fantom, then you must focus on its working. Fantom is similar to any other distributed ledger technology, which can help in creating decentralized platforms for different use cases. Fantom does not utilize a blockchain and goes for a directed acyclic graph or DAG. As a result, Fantom can ensure better flexibility and speed in comparison to its blockchain-based counterparts.

You must have also noticed some assumptions regarding Fantom price with the specific emphasis on the FTM token. The high-level overview of the working of Fantom would showcase how the FTM token could help different participants in the network work on nodes in the network. On top of it, users could pay the necessary commission for using the resources staked by participants in the Proof of Stake algorithm. The FTM token is also an instrument for financial exchange between different parties. Just like Fantom tokens, the new layer 1 implementation has a few other components underlying the network. The overview of the technologies behind Fantom can help you develop a comprehensive understanding of how it works.

The foremost aspect which separates Fantom from another layer 1 blockchain implementations is the fact that it uses DAG. One of the first things in your mind about blockchain would refer to the block of data associated with the previous block alongside the remaining blocks. If you thought of Fantom blockchain, then it must have all blocks interconnected together in an unbreakable chain. The unbreakable chain records all the transactions on the concerned network. However, layer 1 or mainnet deployment of Fantom i.e. Fantom Opera works as a Directed Acyclic Graph or DAG.

The DAG basically involves a tree of nodes as well as vertices, similar to the blocks in the blockchain. The vertices or nodes are connected to each other through one or multiple edges, similar to the cryptographic association between blocks in a blockchain. Fantom uses the design for avoiding the classic blockchain structure. Every vertex or node in Fantom is actually a block featuring a collection of transactions employed in the network. Due to the asynchronous operations of the network, network stakers could produce new transactions any time.

Fantom allows the flexibility for relating the transaction blocks to one or multiple vertices. As a result, Fantom FTM network can showcase a clearly defined cross-link structure in the form of a DAG. The cross-linked structure helps in creating seamless documentation of every event on the network with speed and safety. With the transaction confirmation time at around 1 second, the Fantom Opera Chain is an integral technology underlying the working of Fantom. Users can explore the mainnet deployment through the block explorers of the network.

The next important aspect in defining “what is Fantom” would draw the discussion toward Lachesis. When you look at the deviation from a blockchain towards DAG in Fantom, you must also think of differences in consensus protocols. Fantom relies on the aBFT or Asynchronous Byzantine Fault Tolerance protocol, termed as Lachesis. The important traits of Lachesis include the following,

Most important of all, Fantom has successfully leveraged Lachesis with the flexibility for extending functionalities to additional layers. In the long run, the future of Fantom would largely involve the collection of different blockchain layers and Lachesis remains at the core. By using the Lachesis consensus protocol, Fantom can help in ensuring the functionality of Opera, which offers EVM compatibility.

Here are the important steps to define how Fantom works with an overview of Lachesis operations.

The operations of Fantom blockchain or DAG can help in allowing an arbitrary quantity of participants for joining the system. Lachesis also improves efficiency with better bandwidth usage, transaction finality, scalability, security and computational power.

The technologies underlying estimates of Fantom price would also include highlights of Lamport. It is a time system which helps in the synchronization of all nodes and ensures that all of them work in a common time frame. Lamport can help in determining the temporal ordering among blocks in asynchronous distributed systems. Lamport is an integral component in the functionalities of the Fantom network as it helps in organizing the network efficiency. At the same time, it also safeguards against Byzantine failures along with formidable improvements in security.

The importance of Fantom tokens in the Fantom ecosystem is definitely one of the foremost highlights you should never miss. FTM tokens are basically the native token for the Fantom network and all of them comply with the ERC-20 and BEP-20 standards. FTM token is useful for paying commissions to support network transactions, thereby guaranteeing economic incentives for validators. Validators can use the Fantom wallet for staking and participating in the on-chain governance for the Fantom network.

The final detail in a discussion about the prospects for Fantom would point at the tokenomics. The total token supply of Fantom is around 3.175 billion FTM tokens. All of the tokens have been issued and distributed over the course of time since the inception of the network. The calculation of the Fantom price would also consider the total value locked in Fantom i.e. $772,520,418. As the Fantom ecosystem expands with more applications beyond the existing 200 decentralized applications, it can experience formidable growth.

Get familiar with the terms related to blockchain with Blockchain Basics Flashcards.

The conclusion regarding Fantom cryptosuggests that it is a credible alternative for layer 1 implementations. You can notice how it resolves the blockchain trilemma with the Lachesis consensus algorithm and Fantom Opera Chain. It is also important to note that Fantom is not a blockchain implementation. On the contrary, it is actually a DAG or Directed Acyclic Graph, another type of distributed ledger technology. As one of the favourite platforms for many popular DeFi projects and a thriving ecosystem, Fantom can take charge of the decentralized web in future. Learn more about Fantom and how it can shape the future of cryptocurrencies and future of blockchain-based applications.