What Is Layer 1 in Blockchain?

If you know about blockchain scalability, you’ll also be familiar with the Layer 1 blockchain. Let’s dive in to understand what is a layer one blockchain and why is it so important.

The blockchain ecosystem is growing at unparalleled rates, never seen before for any technological intervention. You can witness new solutions, applications, and concepts emerging every day in the world of blockchain. Almost a decade ago, you had only about a dozen cryptocurrencies, and today, you can find numerous cryptocurrencies and blockchain networks.

Why Do You Need Layer 1 Blockchain?

Before driving towards the answer to “What is a layer one blockchain?” you need to find the background for layer 1 solutions. When you think of blockchain technology, you automatically assume the benefits of decentralization, scalability, and security. You have the assurance of data exchange without intermediaries for decentralization and immutable, transparent records for ensuring security.

What about scalability? According to Ethereum founder Vitalik Buterin, blockchain technology could offer only two properties simultaneously. If you are seeking decentralization and security, then you may have to compromise on scalability. One of the best examples to show the same is Bitcoin. Even if the Bitcoin blockchain has successfully achieved optimized security and decentralization, it cannot offer the desired scalability.

Is Scalability So Important for Blockchain Networks?

Can blockchain technology never provide scalability? Considering the massive scale of explosion in new blockchain-based applications and solutions, scalability is an important necessity. Blockchain scalability could help in expanding the capacity of a particular network for accommodating new requirements of processing speeds and power.

Scalability is essential for facilitating the addition of new applications on a blockchain network alongside increased frequency of user activity. Scalability is a vital requirement for blockchain networks to compete against centralized networks to achieve better transaction volumes, user engagement, and application buildup. In simple technical terms, a layer 1 blockchain protocol for scalability ensures an increased throughput rate or the number of transactions executed per second on the platform.

Definition of Layer One Blockchain

A layer 1 blockchain solution basically refers to a collection of solutions tailored for improving the design of base protocols. The subtle modifications in the base protocol introduced by layer one solutions help in enabling better scalability for the overall system. Many popular blockchain networks have been struggling with issues of scalability.

Blockchain developers have been investing efforts in scalability solutions, albeit without any focus on the alternatives. Some of the prominent entries among layer 1 blockchain examples show how the layer 1 options can provide different approaches for scaling. For example, layer 1 solutions can facilitate increased block size over the base protocol. As a result, the blockchain network could process more transactions in one specific block.

The two other prominent approaches for implementing solutions in a layer 1 blockchain list include sharding and modification in consensus mechanisms. Some of the common examples of layer one blockchain networks include Bitcoin, Binance Smart Chain, Ethereum, Avalanche, and Litecoin. All of these networks serve as the best examples to show the need for layer 1 solutions.

Types of Layer One Blockchain Solutions

On the contrary, a layer 1 blockchain protocol could leverage Proof of Stake as the consensus mechanism. Proof of Stake helps in achieving decentralized consensus on a blockchain network alongside authentication of block transactions according to stakes. However, Proof of Stake loses on security while providing better transaction speed. Therefore, new layer one blockchain improvements are necessary for resolving the scalability concerns while taking care of security.

Another top feature among entries in a layer 1 blockchain list would point towards possibilities of sharding. It is a productive method, used primarily in database partitioning, which you can apply for distributed ledger technology in the blockchain. Sharding serves as one of the reliable layer 1 scaling solutions for increasing transaction throughput. As of now, sharding is still an experimental approach in the blockchain space.

It includes breaking down a network into a collection of different individual database blocks, also referred to as shards. The division of the network and its nodes helps in the effective distribution of workload alongside enabling improved transaction speeds. Every shard for a layer 1 blockchain would take care of managing the subset in the activity of the whole network. Therefore, every shard has its own transactions, separate blocks, and nodes.

In the case of sharding in layer 1 blockchain examples, every node does not have to maintain a complete copy of the whole blockchain. On the contrary, the nodes report accounts of completed work to the main chain and share the state of local data, such as address balances and other metrics.

Benefits of Layer One Blockchain Solutions

The next prominent value advantage of entries in a layer 1 blockchain list refers to the selection of the right blockchain. Depending on the scope of your blockchain-based project and the desired use cases, you can identify layer one blockchain solutions to improve scalability.

The clear overview of layer 1 blockchain basics alongside an outline of their functionality and benefits calls for a peek into real examples. You need to take a look at the practical examples and understand how layer 1 solutions fit in the ecosystem. Each layer 1 network has come up with distinct solutions to the blockchain scalability problem in unique ways. Here are some of the notable layer 1 blockchain examples you should take into account. 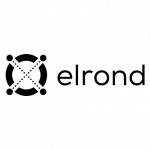 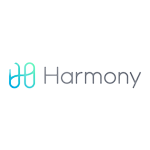 The next top entry among layer 1 blockchain examples brings Harmony on the table with its Effective Proof of Stake consensus and sharding support. You can find four shards for the mainnet of the Harmony blockchain. All the shards create and verify blocks simultaneously, at their own speeds, thereby implying the possibility of varying block heights. Presently, the blockchain utilizes a cross-chain finance strategy for attracting users and developers. Most important of all, the vision of Harmony for blockchain scalability focuses on zero-knowledge proofs and Decentralized Autonomous Organizations or DAOs. 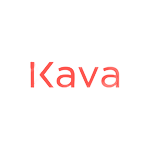 Kava utilizes the Tendermint Proof of Stake consensus mechanism for achieving improved scalability for applications on the EVM co-chain. Furthermore, the Kava network offers open, on-chain developer incentives from the Kava DAO for rewarding top projects in each co-chain.

The different highlights of layer 1 blockchain examples and their fundamentals show how layer 1 improves scalability. Blockchain usage is gradually expanding across different industries and many real-world use cases. With the help of changes in the base protocol, layer one blockchain networks could spell a new wave of change. Blockchain networks struggle with scalability in the bid to ensure security and decentralization.

However, developers could find a way to achieve decentralized and secure blockchain networks without compromising scalability. Layer 1 scaling solutions not only improve throughput but also change the norms for community development. The foremost challenge for layer one blockchain solutions right now would refer to the limited awareness of layer 1 solutions. Start exploring more about layer 1 solutions for blockchain scalability now.