Blockchain is the biggest technological find of the modern century, especially considering the ways in which it has found large-scale applications. Upon the introduction of Bitcoin in 2009, the whole world perceived cryptocurrencies with doubt and uncertainty. Today, tens of thousands of people want to find a blockchain career path for capitalizing on the career opportunities available for blockchain professionals.

The continuous growth of blockchain as one of the revolutionary technologies in recent times has spurred a wide range of job roles. Enterprises are seeking experts with the right set of blockchain skills and knowledge for achieving their blockchain transformation objectives. The following discussion will help you discover some of the most popular paths for a blockchain career alongside an overview of supporting tools for pursuing your chosen career path.

Blockchain has experienced slow and steady growth over the years since the 2017 ICO crypto boom. Up until 2015, people thought that the blockchain is only suitable for creating cryptocurrencies. However, Ethereum arrived and showed how you can use programmable smart contracts for creating desired applications. In addition, new and emerging blockchain career options arrived with a focus on aligning with the new technological advancements. For example, the latest blockchain job roles include a focus on DeFi and NFTs as well as other web3 solutions. Large-scale adoption of blockchain obviously implies the need for experts who know their way around blockchain technologies. Even if there is a huge demand for skilled candidates in the job market, the shortage of crucial skills is one prominent trouble for all enterprises.

The importance of choosing a blockchain career path becomes clearly evident with the emphasis on the role of blockchain as an emerging technology. Blockchain is one of the most popular in-demand skills with employers in different categories such as startups, governments, tech firms, and big corporate enterprises. They are ready to invest a hefty amount of money in carrying their blockchain transformation initiatives forward.

Top Blockchain Career Paths for You

Many people exploring the possibilities of a career in the blockchain would often encounter doubts regarding a suitable career path. How can you choose a career path in a technology which itself is just over a decade old? On the other hand, the intriguing aspect of a career in the blockchain is definitely one of the reasons to become a blockchain expert and seek suitable job roles. In addition, the diverse range of career opportunities available in the blockchain space delivers a promising assurance for career development. Career paths can serve as a vital tool for you to earn the necessary expertise required for in-demand blockchain-based job roles. Here are some of the notable career paths you must explore in 2022. 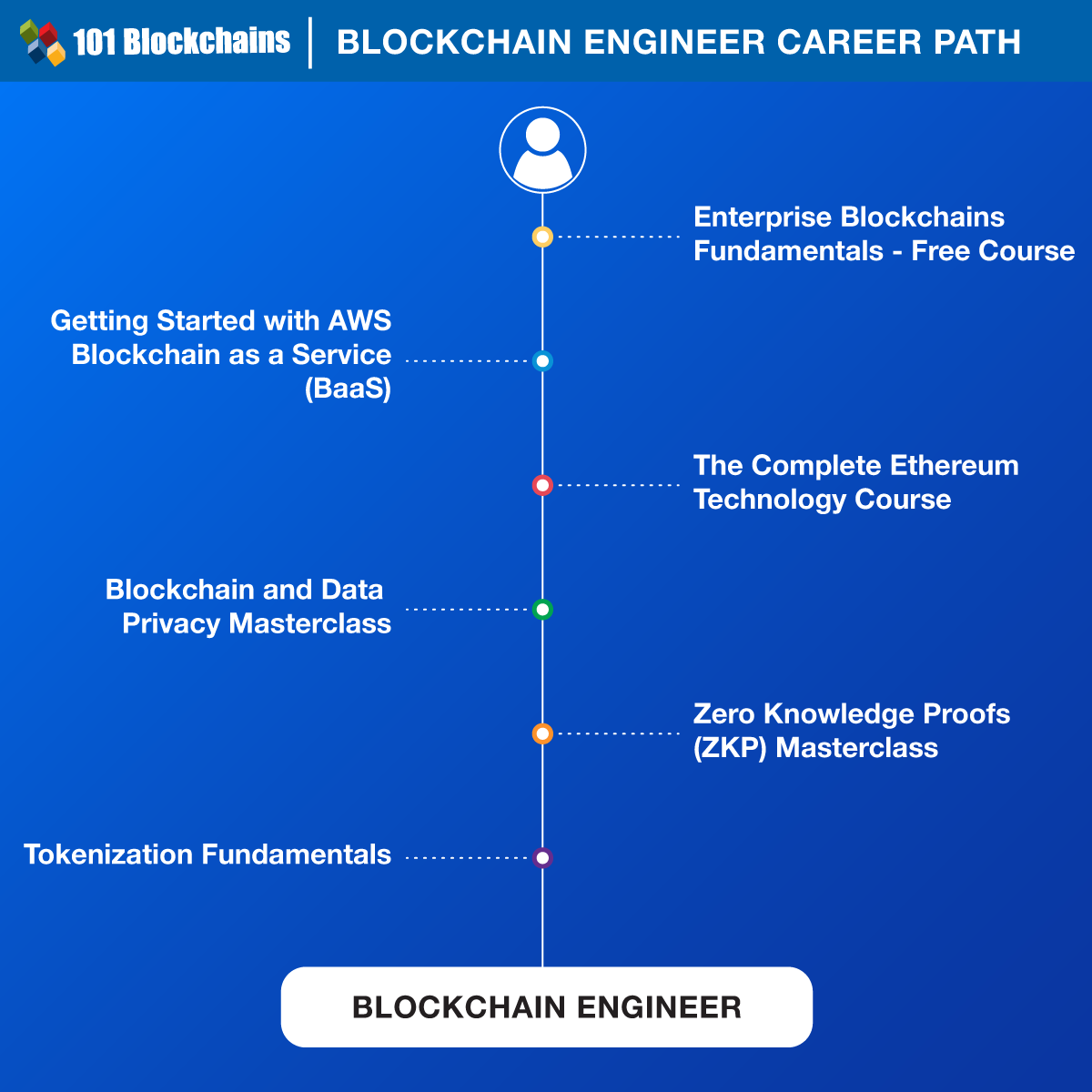 Most important of all, the average blockchain career salary you can expect as an engineer is around $70,859 annually. 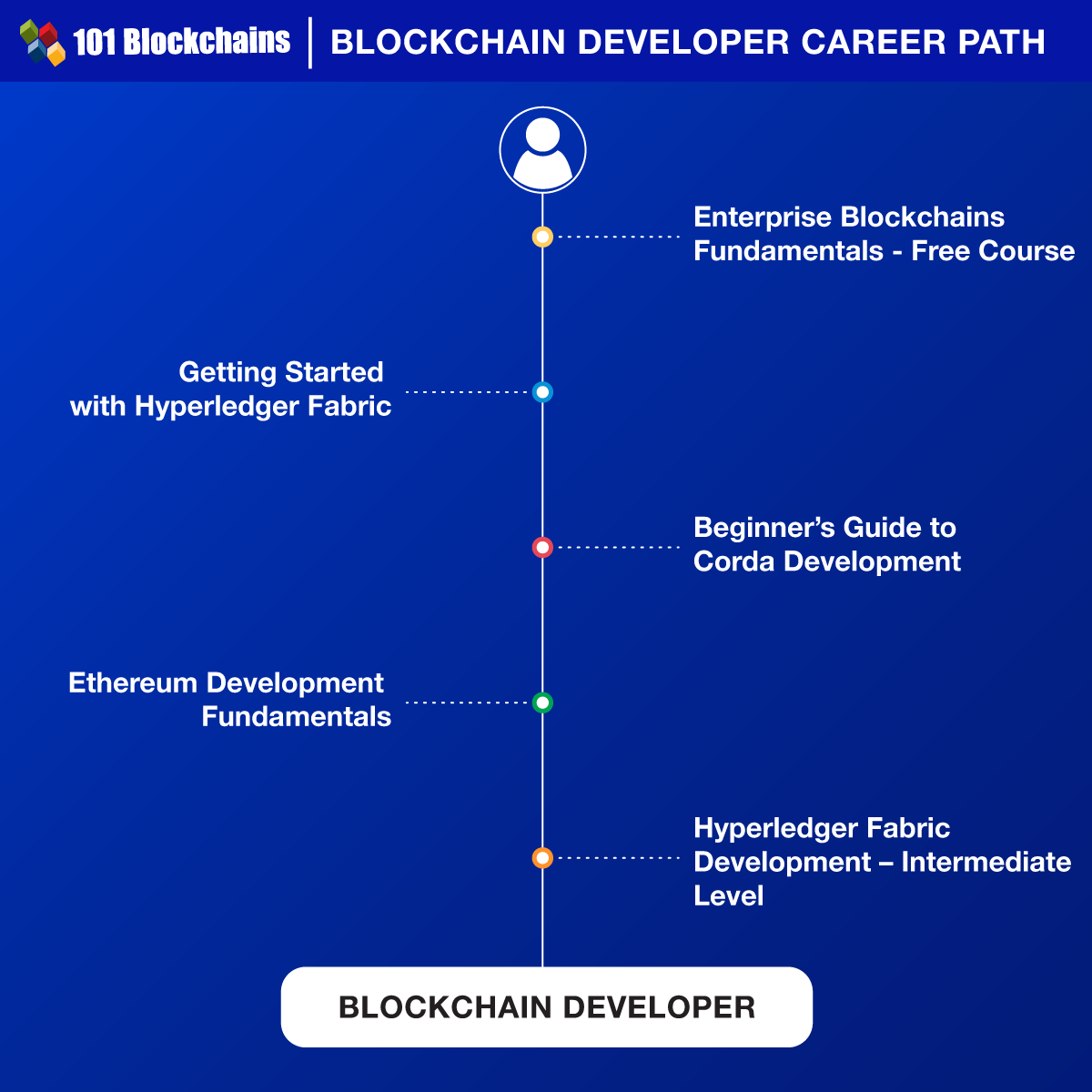 The lucrative blockchain career salary for developers alongside the breadth of expertise required for the roles of blockchain developers are prominent reasons to pursue the role of developers. 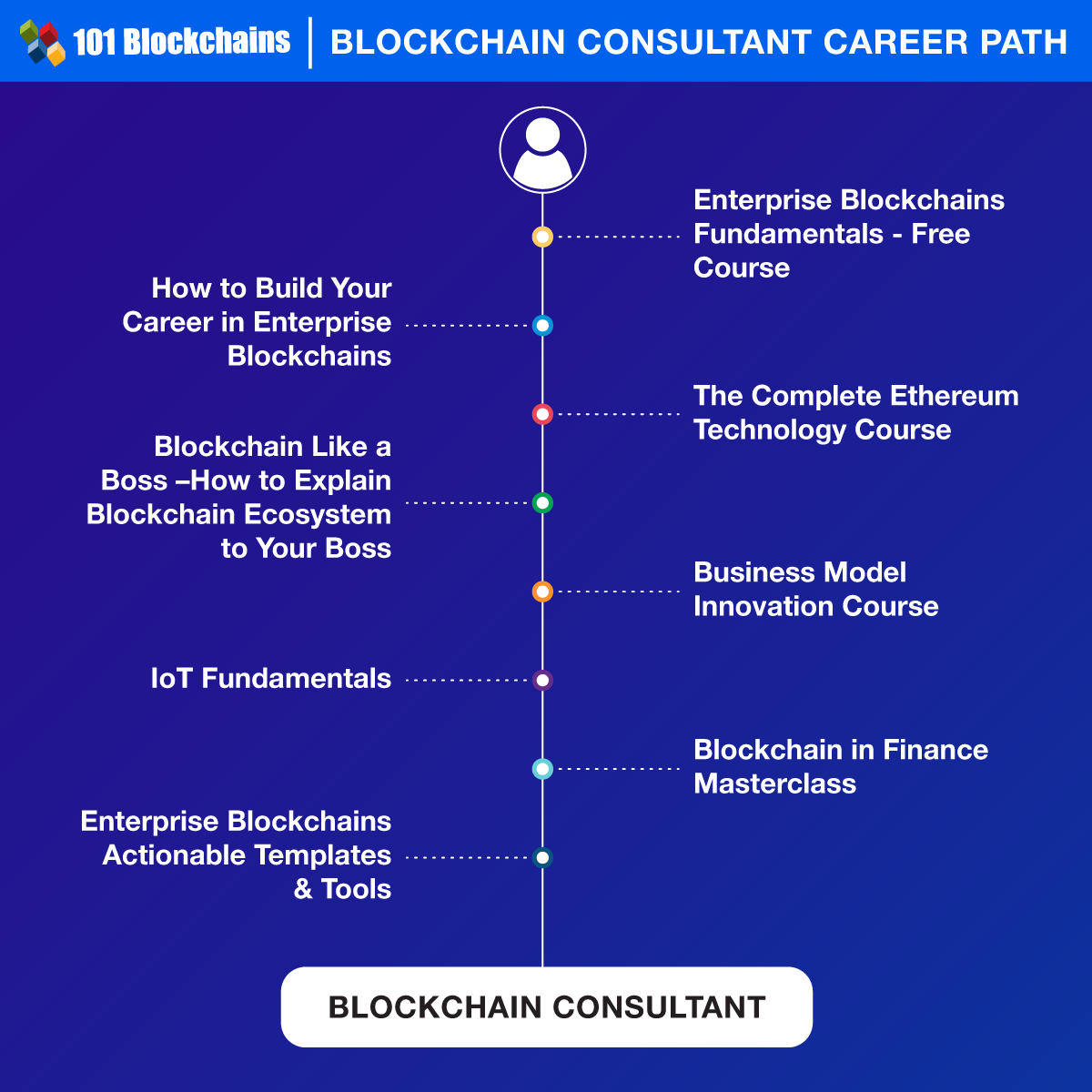 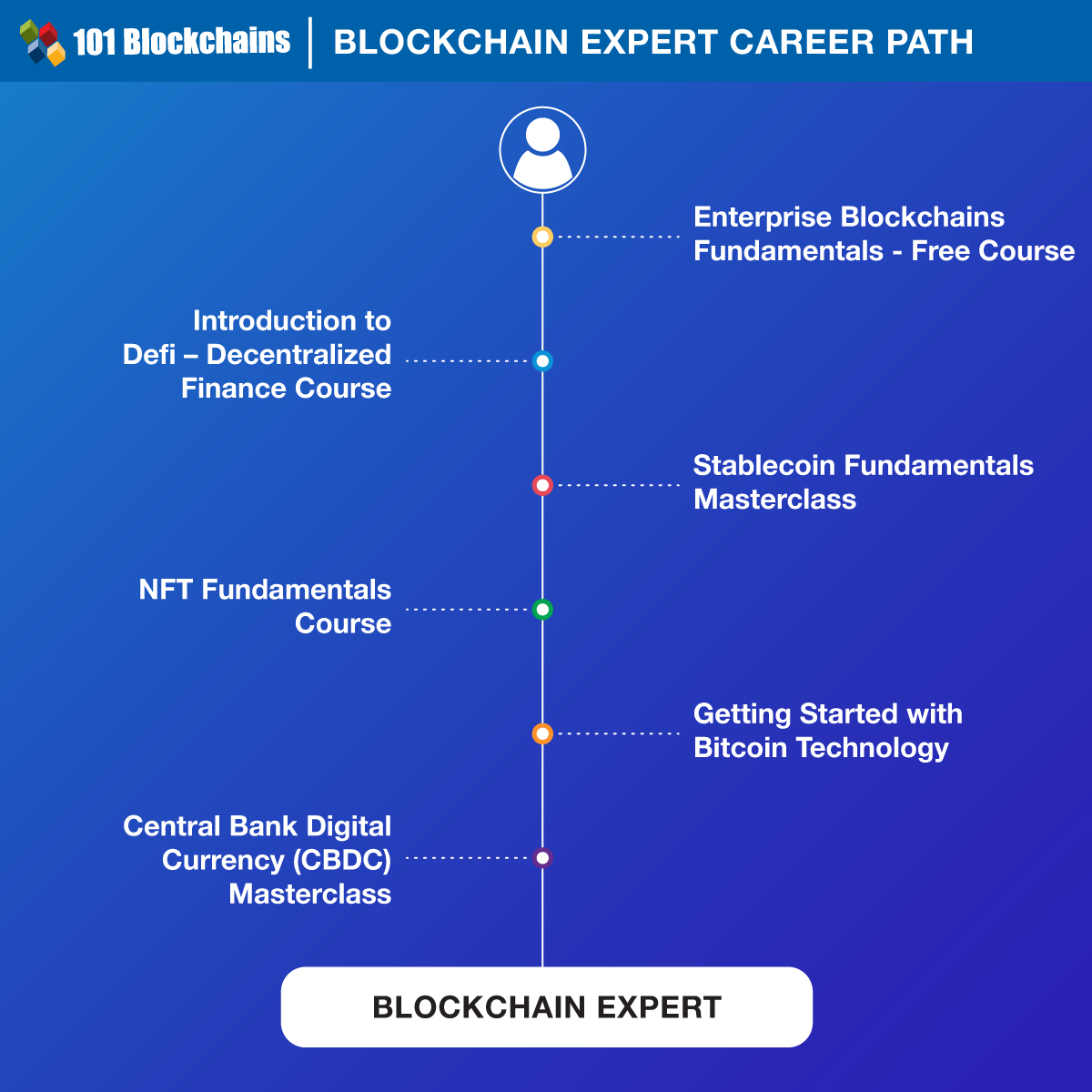 Are You Ready for a Blockchain Career?

The final impression regarding the different blockchain career options for you in 2022 shows a win-win situation in every case. All the popular roles such as blockchain developers, consultants, experts and engineers have formidable credibility in the broader blockchain landscape. However, a reliable career path sets you on a straightforward direction towards your objectives for building a career in blockchain. In the long run, blockchain is going to be the mainstream choice of technology and you must be prepared for the wave of change. The blockchain career path of your choice helps you build the necessary skills and knowledge for your desired blockchain job role. However, you need something different for a competitive advantage in your career in the field of blockchain.

Join our annual/monthly membership program and get access to all the skill and career paths.

A Comprehensive Guide on Bitcoin ETFs