We're CPD Providers | Enroll Today And Get 40% OFF, Use Coupon CPDCERTIFIEDEnroll Now

Best Web3 Hubs for Your Business

The blockchain landscape has registered significant levels of growth in recent years. Many businesses have adopted blockchain, thereby leading to blockchain startups emerging in almost every corner of the world. However, the top web3 hubs have been the most favored destinations for the expansion of web3 technology. Also referred to as blockchain hubs, the web3 hubs are known for the higher density of blockchain-based projects, initiatives, and startups.

Silicon Valley became the global tech hub for various startups and corporations owing to the massive surge in demand for software development. A similar phenomenon is gradually gaining momentum as many global cities have been transforming into web3 hubs. The popular web3 hubs harbor not only web3 companies but also offer opportunities for the growth of web3 developer teams and events such as conferences or awareness programs.

How has web3 influenced businesses? Why are web3 hubs a better choice for blockchain-based startups or companies in comparison to other cities? The following post helps you find the answers alongside a detailed overview of the most renowned web3 hubs in the world right now.

Impact of the Web3 Movement

The foremost highlight you need to check before looking for web3 hubs is an overview of the web3 revolution and its impact. Web3 has been responsible for inducing radically transformative changes in the internet usage behavior of people. The technological paradigm redefines the internet as a user-centric communication channel, allowing users to exert control over assets, data, and experiences created by them on the internet.

In the earliest stages of the internet, users could access read-only pages without any facility for interacting with the content. Web 1.0 did not have any mechanisms for users to create content. Subsequently, the Web 2.0 transformation opened up the prospects for creating and sharing content on video streaming services and social media platforms.

The privileges of creating and sharing content on the internet with web2 come at the risk of centralization. One centralized entity takes control over the content created by users and could censor the content development privileges of users. Therefore, the content and assets users create and own in web2 platforms are never truly theirs from a pragmatic viewpoint.

The introduction of web3 for business and general internet users would help in resolving many issues, evident in web2. Web 3.0 could empower businesses and users to take control of their personal assets without intervention by other agencies. For example, web3 crypto wallets could help people exercise complete control over their assets without delegating ownership of the assets to centralized agencies, such as banks.

Users could also capitalize on web3 for developing content on intuitive and secure blockchain-based platforms such as play-to-earn games and metaverse projects. Furthermore, blockchain also powers safeguards for user privacy in web3 while introducing democratic approaches for facilitating platform governance. In addition, the decentralized governance mechanisms can also encourage the participation of users in the decision-making processes of desired web3 platforms.

Implications of Web3 for Businesses

The impact of the web3 revolution has also spurred many other companies in the web3 market. Although trivial in nature, web3 solutions in the domain of decentralized social networking, blockchain gaming, and NFTs also indicate the formidable potential for the future of web3. The good news for the web3 industry is the overall exponential growth, irrespective of the lack of maturity. As more developers and entrepreneurs join the web3 domain with innovative projects, the industry will mature and make its way to a bright future.

Why Should New Businesses Consider Web3?

On top of it, the value-benefits of security, flexible access, and interactive user interface in web3 applications can offer desirable value propositions for companies. The rise of web3 companies relies profoundly on the transition to a user-centric service delivery model in almost every business. As a matter of fact, many developers are engaged in a competition to offer high-quality user experience.

The necessity of Web3 Hubs

The prospects for newer competitive advantages with web3 transformation present viable reasons for developing web3 startups. Most importantly, the variety of blockchain projects, dApps, and crypto-based services offered by web3 businesses is increasing rapidly. The favorable implications of web3 for business help in the utilization of web3 for multiple use cases as compared to traditional methods.

Now, the constantly growing web3 businesses need a safe destination for building their operations and strengthening their base. Generally, web3 startups rely on a remote-first working culture, thereby allowing employees and developers to work from any location. On the other hand, web3 businesses also need to establish their credibility with a base of operations in a physical location.

While web3 seems promising on paper, mainstream adoption of web3 is far from reality. Many countries have not warmed up to the idea of blockchain and web3 concepts as other regions worldwide. The positive aspect of this observation points to the gradual rise in the number of cities transforming into web3 hubs. Expansion in the number of web3 hubs for business has been fuelled by the rising popularity and adoption of cryptocurrencies and blockchain-based solutions. How can you determine whether a specific city is a web3 hub?

How Do You Recognize a Web3 Hub?

A blockchain or web3 hub is any city that offers the necessary environment for the development and expansion of web3 businesses. One of the most striking highlights of the top web3 hubs would refer to the concentration of multiple web3 projects. In addition, you can also note a vibrant and dominant crypto culture in various aspects of the hubs. For example, web3 hubs could allow using cryptocurrencies as payments for products and services.

Another crucial highlight of web3 hubs refers to the amiable stance of regulatory authorities towards crypto and web3 businesses. On top of it, you can also recognize web3 hubs by the frequency of blockchain conferences and awareness programs conducted at the location. Web3 hubs could effortlessly attract new web3 businesses and startups with the local communities welcoming them.

Most Popular Web3 Hubs for Business

The significance of the web3 revolution transcends far beyond the implications of transforming conventional business models, processes, and systems. You need to understand how web3 has grown as a concept for empowering users of digital services. On the other hand, it is important to note that web3 is still new and is a long way from mainstream adoption. However, aspiring startups seeking opportunities in the web3 domain could turn towards web3 hubs to find their ground in this new and ever-evolving industry. Here are some of the most popular hubs for web3 businesses all over the world. 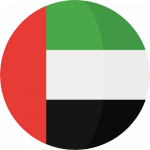 The latest addition among the best web3 hubs would be Dubai. The city has become one of the popular destinations for web3 businesses with regulatory and administrative support mechanisms. New web3 businesses could set up their companies easily in the Dubai Multi Commodities Center, a free trade zone for launching web3 businesses with zero taxes. In addition, Dubai has also hosted various high-end crypto events such as the Future Blockchain Summit, World of Web3 Summit, and the Crypto Expo Dubai.

The most striking reason to consider Dubai one of the best hubs for web3 companies is the region’s concentration of web3 entrepreneurs, venture capitalists, and crypto influencers. As of 2022, Dubai has over 400 blockchain-based startups and companies. Experts suggest that the number of web3 businesses in Dubai might surpass 1000 in 2023. Furthermore, the Dubai Blockchain Centre has also emerged as a prominent hub for professional awareness on the integration of blockchain and web3 technology in businesses. 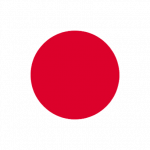 Tokyo has evolved as one of the leading web3 hubs for business in Asia, with the presence of headquarters of many crypto exchanges. Japan was one of the early pioneers in cryptocurrency regulation during the nascent stages of crypto and blockchain. The capital city of Japan enjoys the support of an active crypto community for aspiring web3 startups.

As of now, over 30 crypto exchanges have their headquarters in Tokyo, and the city’s citizens have expressed a dramatic rise in appetite for blockchain assets. On top of it, the regulatory authorities also introduced the Blockchain Governance Initiative Network to facilitate a conducive environment for web3 businesses.

The classification of Tokyo as one of the top web3 hubs also considers the possibilities for the launch of the digital yen as the central bank’s digital currency. In addition, Japan also hosts many notable blockchain events, such as the Blockchain and Internet of Things Conference and the TEAMZ Blockchain Summit.

Aspiring web3 startup owners could also seek multiple blockchain training options. For example, the University of Tokyo and Ripple Laps have collaborated to create a University Blockchain Research Initiative to facilitate training for web3 beginners. Furthermore, the Tokyo Institute of Technology incorporated crypto-related courses in its curriculum in 2021. 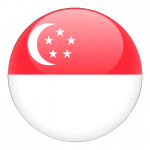 Another prominent web3 hub in Asia would point you toward Singapore. Many web3 companies shifted their base from China to Singapore in the aftermath of the crackdown on blockchain and crypto companies by the Chinese Government. Singapore is one of the trusted hubs for the web3 revolution with its friendly legislation for web3 businesses.

The city has almost 500 crypto companies, which indicates an extremely high concentration of web3 businesses in a hub. It is one of the favorable destinations for crypto investors owing to the freedom from capital gain taxes. In addition, Singapore also boasts of high crypto commerce volume with support for crypto payments at many businesses. 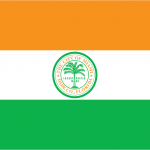 The selection of the biggest web3 hubs in the world would remain incomplete without mentioning Miami. It is the largest web3 hub in the US and has the most welcoming environment for web3 businesses. For instance, you have low taxes on crypto, and the community has a positive attitude toward web3 solutions like cryptocurrency. Miami qualifies as one of the best web3 hubs for hosting the annual Bitcoin Conference. At the same time, the consistent push by regulatory authorities for crypto adoption is another promising highlight for web3 startups.

Interestingly, the city’s municipality also employs a crypto task force. The crypto task force works for research on crypto-related problems and recommends regulatory changes for supporting the web3 community. The city also houses some top companies in the domain of web3. Some of the top examples include the FTX crypto exchange and crypto-to-fiat payment provider, MoonPay. Miami also offers a boost for crypto transactions by supporting crypto payments for restaurant bills, nightclubs, and hotel rooms.

Want to get an in-depth understanding of crypto fundamentals, trading and investing strategies? Become a member and get free access to Crypto Fundamentals, Trading And Investing Course.

The list of top web3 hubs in the world right now would also include Melbourne, London, Prague, and Zug. All of these cities welcome web3 businesses with flexible regulatory environments and positive community attitudes towards crypto and web3. The biggest challenge for web3 startups primarily focuses on overcoming the concerns of uncertainty and regulatory burdens. For example, the crackdown on crypto companies in China favored the switching of those companies to a new market.

The more flexible market, i.e., Singapore, offered a conducive environment for crypto companies that had to shut down in China. Similarly, Miami emerged as the biggest web3 hub in the USA due to the efforts of the administration. The consistent efforts by the city have made it crypto-friendly. Learn more about web3 and how it could influence the future of businesses now.

Top Languages For Dapp Developers in 2023

An Introduction to Web3.js Tutorial