Decentralization remained one of the elusive concepts in the domain of technology for many years. The use of decentralization could put a system at risk of new vulnerabilities alongside increasing the need for resources. However, blockchain and the notion of web 3.0 have proved the possibility of introducing decentralization in an efficient, secure and resourceful manner.

What is the Importance of Web 3.0?

The discussion on key web 3.0 features would remain incomplete without an overview of the importance of web3 itself. Why did web3 emerge in the first place? Take a closer look at the web around you. All you can do is contribute and share content on different websites or digital platforms with multiple digital identities across different media.

On top of it, you don’t have any control over the data you create or the personal information you provide for accessing different services and applications. Web 3.0 plans on changing the existing narrative by introducing blockchain technology and artificial intelligence into the play.

Technological advancements like blockchain and artificial intelligence could help in providing interactive and dynamic user experiences on web 3.0. Most important of all, web3 aims to redefine the online experiences of users with fundamental changes in structure of the web. At the same time, web3 would also pursue the objective of democratizing almost all aspects pertaining to the internet.

For example, secure storage of data in a distributed network of nodes could help in removing centralized servers. Without any centralized servers, web 3.0 can definitely ensure a lack of censorship or intervention by central authorities, thereby ensuring democratization of the internet.

Curious to know whether your digital identity is safe and secure? Check the detailed guide on Is Your Digital Identity Safe And Secure!

The significance of the top web3 features can be clearly identified in the value advantages introduced by web3. However, it is also important to think about whether you need to learn the features of web 3.0 right now or you can give it a miss. Well, you can find a clear solution in the fact that web3 is practically the future of the internet.

You might not find a definition for web3, especially with different interpretations of web’s next version making rounds of the internet. On the contrary, web 3.0 is not a regular technological advancement and is a revolutionary shift in nature of user experiences with the internet. The necessity of web3 is evident in the fact that web data is increasing substantially.

Experts have pointed out that the volume of consumer IP traffic could grow by three times during the period between 2017 and 2022. The estimates for consumer IP traffic worldwide in 2022 might round up to 332.7 EB for each month. The attention to web3 characteristics is reasonable considering the necessity for a major shift in dealing with data and web applications. Almost 2.5 quintillion bytes of data were generated every day in 2020, with 40% of it attributed to machine-generated data. On the other hand, estimates point out that the world would have around 152,000 IoT devices linked to the internet every minute.

The growing volume of data at an unbelievably faster rate than ever before is one of the pressing concerns for web users. Web3 can not only ensure data security but also empower users with control over their own data. Considering the necessity of data security, decentralization and creation of unique digital identities in the new generation of the web, it is important to consider how web3 can introduce significant value improvements for users.

Curious to gain more insights and clarity regarding the potential of web3? Check the detailed guide Now on Frequently Asked Questions About Web3 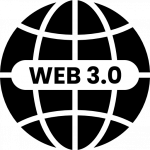 The answers to “What are the features of web3?” would become clear to anyone who can understand the meaning of web3. General interpretations of web3 paint it as the third iteration of the internet. On the other hand, it has many other implications beyond serving as a new version of the internet.

Web3 is actually a new generation of the internet that helps in interlinking data through a decentralized mechanism to ensure better personalization in user experiences. The foundations of web 3.0 have been developed on the technologies such as blockchain, artificial intelligence, semantic web and machine learning. Each technology serves a critical role in defining the key traits of web3, such as transformed user experiences, decentralization and openness.

While blockchain can ensure decentralization as one of the top web 3.0 features, you must also identify how semantic web defines web3 functionalities. Semantic web basically ensures that machines in the web3 ecosystem cannot only understand data but also interpret the underlying context.

You can think of web3 as a massive and open platform without any single organization or individual taking over. Therefore, the features of web3 can help in making the internet more secure, smarter and efficient in data processing. What are the notable features of web 3.0 you should watch out for?

Layers in Architecture of Web 3.0

You might be eager to find out the details of web 3.0 features following its definition. However, you need to take a look at the important layers in architecture of web3 to identify the significant features. As an evolving concept for the future of web, web 3.0 would feature many distinctive traits. You need to understand the individual layers in web3 to estimate the significance of key web 3.0 features for the future of internet. Here are the distinct layers which differentiate web3 from the previous versions.

Web2 also features edge computing as it modifies the largely commercial personal computer technology for data centers. On the other hand, web 3.0 has been transferring data centers to the edge, thereby bringing back control into the hands of users.

One of the notable entries among web3 characteristics generally refers to decentralized networks. Decentralized data networks are an integral component of the web3 architecture, and they help users in trading or exchanging data without intermediaries, loss of ownership or jeopardizing user privacy. Web 3.0 considerably emphasizes the notion of “decentralized data,” thereby implying the allocation of data control to consumers.

The other significant technological catalysts for web3 would refer to artificial intelligence and machine learning. Advancements in AI and ML have moved up to a level where they can make proactive, relevant and useful predictions and decisions. The incorporation of AI and ML powers many of the top web3 features and expands the usability of web3 beyond targeted marketing.

Curious to know whether web 3.0 will play an important part in the future of the internet? Check the detailed guide Now on The Insane Future Of Web3

Web 3.0 has many prominent differences in comparison to its predecessors, especially due to the fundamental structural changes. You can find many features such as semantic web, connectivity, artificial intelligence, 3D graphics, decentralization and ubiquity. However, the key features of web3 have singled it out as a formidable force in the future of the internet. Here are the five most notable traits of web3 which establish the significance of web3 itself.

The semantic web, or “a web that understands humans,” works on improving online technologies with additional functionalities. Semantic web can allow users to create, share and link material through search and analysis. The search and analysis capabilities with web 3.0 would focus more on understanding the meaning of words and the context behind them. Semantic web is definitely a plausible improvement over the interpretation of data in terms of numbers or keywords.

The list of answers to “What are the features of web3?” would also draw attention to artificial intelligence. AI can help computers and devices understand information just like normal people, with faster and more productive results. The features of web 3.0 with AI would have considerable improvements over human-based corrupt practices such as manipulated data or biased product reviews. In addition, web3 would also leverage user feedback as a vital resource for encouraging the web to offer reliable data. The AI functionalities can enable the web to differentiate between fake and genuine information.

The next important trait among the key web 3.0 features would refer to spatial computing and 3D graphics. Many experts have hailed the web3 as the spatial web as it has the potential for reducing the barriers between physical and virtual worlds. Web3 could help in reimagining graphics technologies alongside ensuring easier interactions with three-dimensional virtual worlds or the metaverse.

The three-dimensional design is a common highlight in web3 applications, services and websites. The 3D graphics help web3 in creating immersive worlds not just for gaming but also for other crucial applications in different sectors like healthcare, ecommerce and real estate.

The outline of important features in web 3.0 would also draw the limelight towards connectivity and ubiquity. Web 3.0 would ensure seamless connectivity among users and devices involved in the ecosystem while staying available all the time. The notion of “web3 never sleeps” is quite true. You would find this trait as a vital differentiator between web3 and web2.

The features of web3 help in capitalizing on semantic metadata, which can help in ensuring new benchmarks for connectivity. At the same time, you must also notice the association of web3 with IoT sensors on a massive scale. Therefore, web3 can provide the assurance of availability of the internet to anyone, irrespective of the location and time. You can also access the internet without any restrictions regarding the type of device.

Blockchain technologies are another notable entry among top web3 features with the ability of blockchain to introduce decentralization. As a result, web3 applications and systems could provide the assurance of cryptographic security for user data. Most important of all, the assurance of blockchain and decentralization could help in encouraging communication between software and browser plugins. Web3 would also leverage blockchain technologies to ensure transparency in the ecosystem, thereby providing better scope for audits and security.

The distinct features of web 3.0 paint it as a revolutionary paradigm shift in how we use the internet. An outline of the top web 3.0 features reflects the significant improvements web3 brings over its predecessor. The notable features of web 3.0 would include the semantic web, decentralization, artificial intelligence, connectivity and ubiquity and spatial computing.

The prominent features of web 3.0 would distinguish the principles of the new generation of web. At the same time, the features would also define the appeal of web3 solutions to users. You must learn about the background behind development of web3 to understand the rationale behind each feature of web3. Start learning more about web3 and figure out new ways to capitalize on web3 career opportunities.

An Introduction to Web3.js Tutorial

What is Infura Web3?