Ledgers have powered the world’s economy from the ancient time. It started with simple clay tablets to double entry bookkeeping and finally spreadsheets. But, that’s not the end of ledger’s evolution.

Meet Distributed Ledger – a new way to handle ledger, in a much more efficient and secure way.

What is Distributed Ledger Technology?

Distributed ledger is a database that runs on a distributed network. It is spread over diverse locations, networks and beyond boundaries. The main idea behind distributed ledger is that any central authority does not control it and hence offers transparency. Each node of the network takes part in the distributed system. Each of them knows the ledger as they have an exact copy just like other nodes in the network. 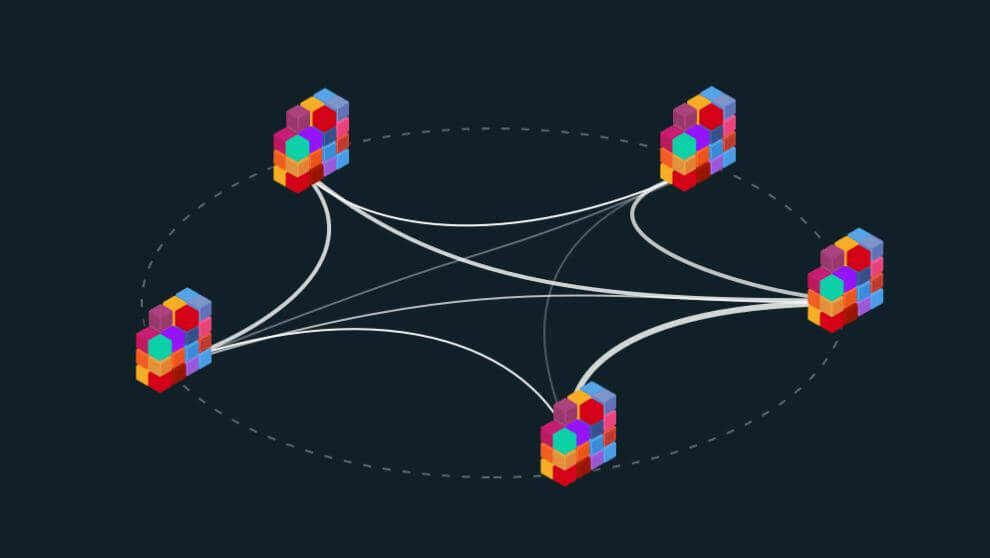 The distributed ledger systems are extremely fast, and it doesn’t take much time to reflect change across the network.

Distributed ledger technology is an excellent choice in this age of cyberattack. With distributed ledger, it becomes hard for hackers to hack the database. This is because everything is transparent and it is easy to trace back to the hacker. Also, to hack, the hacker needs substantial computational power which might be not possible for almost majority of them out there.

The main reason why DLT is so compelling is the fact that it can be used to power blockchain. The blockchain is a specialized database that uses DLT. If you are still confused about the comparison, check out Blockchain vs Database comparison.

The current state of DLT is still an infant stage. Blockchain has wholly embraced it, but a lot of improvement is still left to go. The financial sector, for example, can benefit massively from DLT and blockchain. Other areas such as manufacturing, clean energy, banking, etc. can also see a revolution sooner than thought.

Right now, a lot of startups are working towards a different version of DLT. Some of them offer privacy, while others don’t. For example, Monero and Zcash, both provide a blockchain where the information can be encrypted and hidden. They provide privacy that Bitcoin failed to deliver.

There are also crucial differences in how DLT works. A consensus is essential when it comes to distributed ledger technology. To achieve consensus, the blockchain uses multiple methods. Two of the most popular ones includes Proof of Work(PoW) and Proof of Stake(PoS). Check out the comparison we did on these two consensus algorithms.

DLT solves a lot of problems that the current world is going through. Not only it is capable of storing essential data, but it also solves customer problems such as protection, integrity, speed and so on. It also reduces environmental footprint with the reduced use of paper.

Is Distributed Ledger Technology is here to stay?

The answer is definitely yes. It is here to stay. DLT is still in infant stage, but that shouldn’t discourage companies to utilize it to make their business more effective. DLT is also incremental which means that it can be scaled easily. It can act as a cornerstone of the future technologies and solutions that can make life easier for every one of us.

So, what do you think about distributed ledger technology? Comment below and let us know below.