Most of us know him as the founder of Ethereum and the co-founder of the Bitcoin Magazine. From the look of it, and his achievements so far, he is a gifted millennial who is excellent at maths, who has learned Mandarin in a matter of weeks, dropped out of university, and became a significant influence in the crypto industry in no time.

Who Is Vitalik Buterin?

Vitalik Buterin is a Russian-Canadian programmer who devised and founded Ethereum. He was born on January 31st, 1994 in Kolomna, Russia. When he was only six years old, his parents immigrated to Canada.

Here is an interested fact from his childhood, when he was just in third grade – he was placed in a class for gifted children in his elementary school. Well, you can say Vitalik Buterin was destined for something big from the very beginning.

He was good at mathematics and could add three digits numbers in his head faster than an average human. He was also interested in computer programming from a very early age. His father, Dmitry Buterin, was a computer scientist himself.

When he was 17, he was into playing World of Warcraft, just like any other 17 years old would be. However, he got interested in something else as well – the Bitcoin. 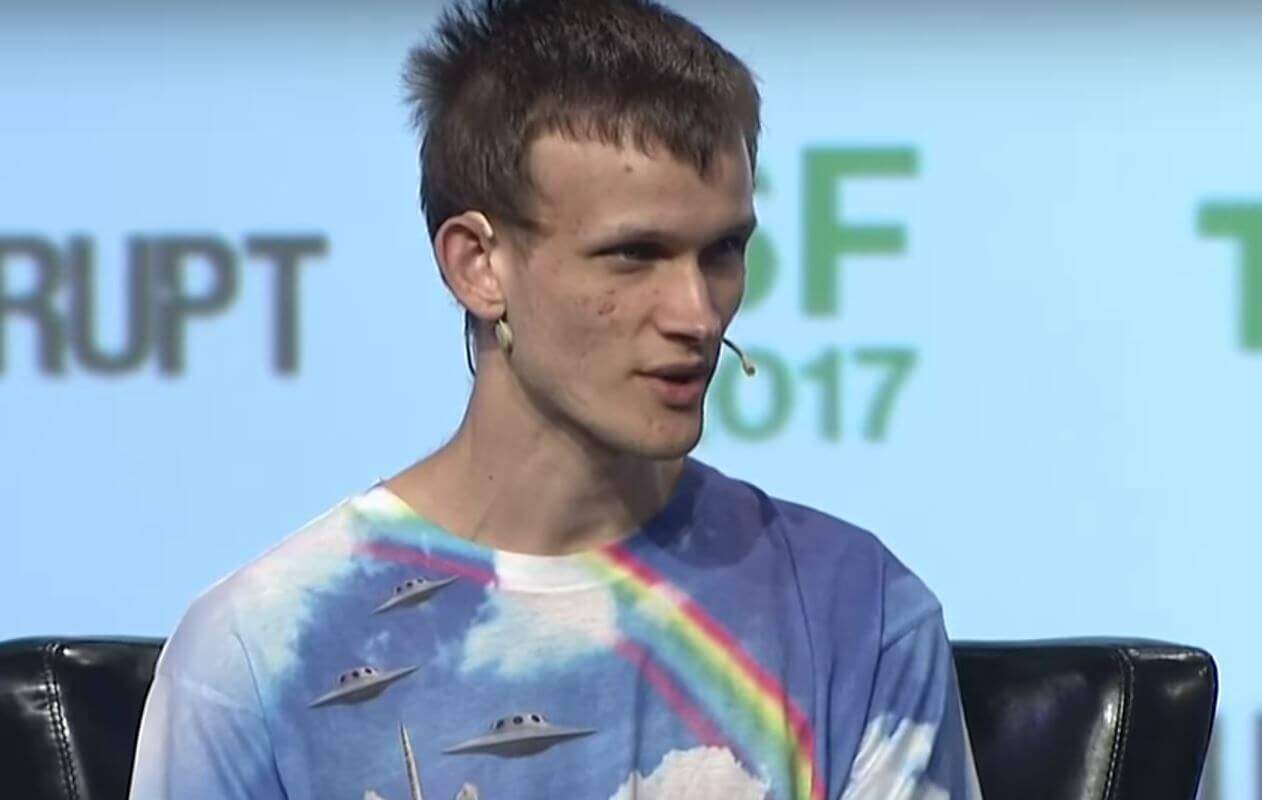 Initially, he was not much invested in the idea of cryptocurrency, but his father was. Over a short period, this new technology grew on him. Keep in mind that at the time even the most experienced financial experts did not know what Bitcoin was and what it would become.

He attended Abelard School in Toronto and went on to enroll at the University of Waterloo. It was then that he got even more involved in Bitcoin.

He started writing forum posts about cryptocurrency at a rate of 5 Bitcoins. It was around this time that the skinny and nerdy college kid decided to pursue this field full time. He became so interested in the cryptocurrency, that he even left the university to invest all his time for his newly found passion.

It was during his university days that his posts about Bitcoin picked up momentum and his views about this novice technology were considered insightful. As he was seen as the authority on the subject, so to make the most out of his newly found fame, he co-founded the Bitcoin magazine along with another Bitcoin enthusiast, Mihai Alisie in 2012.

The Bitcoin magazine was founded when he was still in university. It was a hectic time for him as he was taking courses at the university and serving as the Head Writer for the magazine as the same time. The Bitcoin Magazine can be regarded as Buterin’s first success as the magazine turned out to be a great influencer for Bitcoin.

A Little More About Bitcoin Magazine

The BTC Media from Nashville, Tennessee, acquired Bitcoin Magazine in 2015. BTC Media also publishes Distributed, yBitcoin, and Let’s Talk Bitcoin. At the time Bitcoin Magazine started, it was printed and distributed at Barnes & Noble. Subscribers also received print editions. However, now it is only available online.

Bitcoin Magazine was surely a jump-off point for Vitalik Buterin, but it was Ethereum that established him as a force to be reckoned with in the cryptocurrency world.

So, it someone ask you, who is Vitalik Buterin, you can start with, he is the co-founder of one of the most popular cryptocurrency magazines – Bitcoin Magazine.

When you search ‘Who is Vitalik Buterin’ the answer is the Ethereum founder most of the times. It was Ethereum that made Vitalik Buterin what he is today. The funny part is when he wrote the Ethereum white paper he did not anticipate that it would do so well.

Buterin almost believed that it will be trashed by crypto analysts and would be debunked fairly sooner. To his surprise, instead of getting roasted, his idea received recognition and praises. This was the point when all of it started, and Buterin became all the more certain that this is the way to go.

After all, he had dedicated his life to cryptocurrency, and it was only natural for him to take his efforts one step ahead.

Ethereum is an open-source, block-chain based and public computer platform that has scripting functionality. The Ethereum generates the blockchain for Ether, the cryptocurrency of the Ethereum platform.

Ethereum was established to overcome a limitation of the Bitcoin protocol. Bitcoin founder, Satoshi Nakamoto, changed the way global transactions worked and removed the third party from the process. It gave birth to a system that recorded transactions in a distributed public ledger that works under the proof-of-work consensus algorithm. You can learn more about this and blockchain in general here.

The blockchain technology used by Nakamoto for Bitcoin had its limitations. For security purposes, the protocol written for Bitcoin was deliberately designed to handle non-complex operations only. Therefore, complex transactions between a payer and payee could not be executed under this protocol even though the idea of such a blockchain had been in works for quite some time then.

Ethereum – An Upgraded Version of Bitcoin?

Buterin realized this problem and decided to write Turing-complete programming to create such a blockchain technology, capable of creating all kinds of applications and Smart Contracts. Buterin expressed his views about this problem in one of his interviews:

In the Ethereum white paper he further explained,

Ethereum birthed a new industry, one where all types of crypto projects could be created with their own tokens.

Enough with his early life, his interest in bitcoin, and what leads him to create his own cryptocurrency, what about his political views? Who is Vitalic Buterin when it comes to politics?

It is safe to assume that Vitalik Buterin is a libertarian and a supporter of free markets. The proof of this lies in his interest in the work of Friedman, Mises, Sowell, and Hayek. You can find hints of this in Vitalik Buterin blog as well. He has not shied away from expressing his libertarian views in his tweets, posts, and interviews.

Buterin’s view of free markets is a little different than most people. When we speak about free market and capitalism, the next thought is about profits. He is not so much concerned about profits when he speaks on this topic. His view of the free market is that of giving entrepreneurs the ground to be free and creative.

Time and again, he has insinuated the idea that such a system should not be about hogging money, but to let innovation and creativity do something valuable for the society. Vitalic Buterin Twitter account has many tweets that disclose his views about capitalism.

He seems very much aware of how systems like cryptocurrency can be transformed into a scheme of amassing millions. That is why he warns people in this business to tread cautiously.

His views are rather hopeful and those in the cryptocurrency should heed to his words and others like him. Looking at his journey, one can clearly see that it is innovation that drives him and not money. However, that does not mean he is not rich.

Simply put, if you are into cryptocurrency, it is recommended to follow him on twitter and other social media platforms.

If you are wondering that he must have made a fortune from his creation, you are not entirely wrong. Ethereum’s market cap is valued above $50 billion and he is the head of the second most successful cryptocurrency in the world.

His wealth and assets are not hidden, and his transparency is what makes him even more legit. In February 2016, he revealed how much of his own cryptocurrency ETH he has. At the time, he held 630,000 ETH. After a few months, he liquidated one-fourth of those. Even after that move, he has plenty of ETH left.

The interesting thing is that because Ethereum is such a transparent blockchain, anyone can keep track of how much ETH he has at any time. To make it simple for you in terms of regular currency, he is sitting on $175 million.

It is his transparency about the system and his own assets that make Ethereum so trustable. We have seen enough schemes and scandals revolving around cryptocurrencies to have our reservations. However, Buterin has earned credibility fair and square. It would not be wrong to say that Vitalik Buterin represents the true and positive face of cryptocurrency.

Buterin, no doubt, has a significant influence on cryptocurrency enthusiasts. What he says and writes carries a lot of weight. He was an influencer long before Ethereum came into existence. When he started the Bitcoin Magazine, his word was the word.

How can a 24-year old have so much influence? The fact that he came up with such a brilliant blockchain solution with Ethereum could be the reason. Perhaps, it was his unique view and transparency that led people to listen to him or maybe it was sheer luck. He is nearing a million followers on Twitter and is very active there.

The death hoax from June 2017 is a clear show of his influence, albeit a sad one. The rumor about Buterin dying in a car crash spread like wildfire. Cryptocurrency news websites and blogs started spreading the news. The price of Ethereum went from $300 to $230 following this rumor.

Vitalik has won recognition and awards for his contributions.

Buterin himself does not enjoy his fame as much. When asked about his fame and influence in an interview with the Financial Times, he responded:

“Last year it got to the point where [the fame]got more annoying than good.”

So, Who is Vitalik Buterin? Probably an introvert, a genius who want to change the world, a doer with big goals.

Who is Vitalic Buterin? A Staunch Supporter of Decentralization

It goes without saying that Buterin supports the decentralization movement. It is in its early stages only and the world is gradually moving towards it. We are only beginning to see the possibilities and there is much more to come. Vitalik is one of the masterminds behind this and in that sense, he is sort of a hero too.

Shared economy is going hand in hand with decentralization and big corporations are stepping onboard and you know it is big if companies like Microsoft are peeping into it. Cryptocurrencies are thriving mainly because of decentralization. See how decentralized apps are changing our world.

His view of decentralization and blockchain is that the power is going to the little guy i.e. the entrepreneurs. He told WIRED in 2016:

So who is Vitalik Buterin?

He is an entrepreneur.

Most definitely a technology genius.

He is a number cruncher.

He is the founder of Ethereum and a mastermind behind the success of second most popular cryptocurrency in the world.

He is what the world needs today as we strive to improve our economies, protect our data, and prepare for the future.

There are many out there who still think cryptocurrency is a hoax but the truth is people like Buterin are very real and what they produce is far from a hoax. Even after achieving such success he is not stopping. He recently visited Russia and met with President Putin. The result? Another cryptocurrency for the Russian market is in talks. With his ideas and his ethical standpoint, cryptocurrency and blockchains seem to be in good hands.