A Beginner’s Guide to Monero (XMR)

The popularity of cryptocurrency is on the rise, and people around the world are realizing its true potential now. A number of people have been successful in making good money by investing in cryptocurrency or through mining. Moreover, their success stories encourage more people to invest in the world of crypto. While there are various cryptocurrencies available for investment, you need to choose the right one for great profits. Monero cryptocurrency is one of the best options that are worth investing in.

With the release of Bitcoin, the decentralized currency issue was solved. However, it was not able to solve the traceability problem. That means if you have the Bitcoin address of a person, you can easily trace the entire online transaction of the person. In order to solve this problem, Monero XMR was released. In this blog, you will get to learn about what is Monero, its special features, how to buy Monero, and other important details. Knowing everything about Monero will help you in better Monero mining and investing. Let’s take a look!

What is Monero Cryptocurrency? 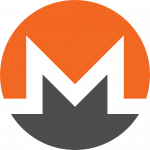 Before getting into the details, the first thing that you must know is what is Monero? Monero or XMR is one of the very popular cryptocurrencies in modern times. It is a privacy-oriented and open-source cryptocurrency. It is well-known for its accessibility, fungibility, and opaque blockchain. The blockchain of Monero is intentionally built to be opaque. Therefore, it allows hiding vital transaction details such as the identity of recipients and senders and the amount of the transaction. The anonymity of transactions ultimately makes blockchain more secure.

Now you must be wondering, is Monero decentralized? Well, the answer is ‘yes’. It is a decentralized and untraceable currency system. However, it is the privacy and security of Monero XMR that appeals to most investors. Even if you are just a beginner in the crypto world, you can safely invest in the promising currency.

Origin and Growth of Monero Cryptocurrency

The beginnings of Monero were very modest. The journey began back in the year 2018. Monero is built with the use of an application layer protocol known as CryptoNote. Monero has a lot of similarities with Bitcoin. However, there is a significant difference in its implementation. The work was initiated by Bytecoin. But it did not go as expected. It was seen that 80% of the coins were actually published. Therefore, in order to solve the issue, Bytecoin was forked, and new coins were known as Bitmonero. Later, the name of Bitmonero became Monero.

A core development team consisting of 7 developers heads Monero. While 5 of the developers remain anonymous, only 2 are known to the public. They are Riccardo Spagni and David Latapie. The Monero project is crowdfunded and open source.

The market value of Monero cryptocurrency rapidly grew in 2021, up to nearly 200% from what it was in 2020. Therefore, more and more investors are considering cryptocurrency to be an excellent source of making huge profits.

Now that you have answers to the questions ‘is Monero decentralized?’ and ‘what is Monero’, let’s dig a little deeper. Monero is popular for the security and privacy it offers. However, there are various other features that set the cryptocurrency apart from the others in the market. In this section, we will explore the special features of this cryptocurrency.

When it is about security, Monero definitely tops the list in the crypto market. It leverages the opaque blockchain and makes all the transactions untraceable and anonymous. Therefore, it helps in protecting the privacy of the users in comparison to any other cryptocurrency. Other cryptocurrencies provide a pseudo name address. However, they do not ensure the complete anonymity of the receiver or sender. This, in turn, makes the transactions susceptible to theft, hacking, and fraud.

Another interesting feature of Monero is the control it offers. If you want to invest in or buy Monero, the best thing about it is that it provides complete control in your hand. That means you have complete control of the currency as well as the transactions. You are solely the one who is responsible for your currency. Moreover, as the cryptocurrency is private, no one will get to know when, how, and what you transact.

Accessibility is also an appealing feature of Monero. You do not have to invest in any third party or expensive hardware for Monero mining. You can directly start Monero mining using your personal CPU. This ensures that Monero is readily accessible by the average individual. However, you may have to learn certain strategies in order to master the art of mining.

Fungibility is one of the significant features of Monero. However, you might be wondering about the meaning of fungibility. Well, in simple words, it means that Monero is easily replaceable by an identical item or mutually interchangeable. Therefore, you can easily exchange as well as transact Monero without any difficulty. The majority of cryptocurrencies are partially fungible. However, the good news is that Monero is completely fungible.

Scalability is yet another great feature of Monero. Scalability refers to the ability of a network to grow. In cryptocurrency terms, it means the amount of transaction data that can easily fit in the block for effective mining on the crypto network. When a crypto network is busy, miners need to queue their transactions. However, it comes with a cost. In order to reduce your waiting time, you need to pay a huge fee.

However, that is not the case with Monero. Monero allows dynamic scalability. You do not have to pay any additional fees in order to queue up your transaction data in the blocks for mining.

In Ethereum, Bitcoin, etc., you just have a private key and a public key. However, in the case of Monero, there are multiple keys. It includes the view keys and the spend keys. While the view keys are mainly for the recipients, the spend keys are for the senders. The public view key allows the creation of a one-time stealth address for sending funds to the receiver. The private view key allows the receiver to easily scan the blockchain and find the sent funds. Similarly, the private spend key enables the creation of a key image for effectively sending funds. The public spend key allows the senders to participate in ring transactions and verify the key image signature.

There are a number of differences between Bitcoin and Monero. One of the significant differences is that to conceal the identity of participants, Bitcoin uses pseudo name addresses. It is usually a combination of numbers and alphabets. However, the transactions and addresses are registered on the blockchain, thereby limiting privacy. But in the case of Monero, the addresses, as well as transactions, are completely anonymous.

Pros and Cons of Monero Cryptocurrency

Before you buy or mine Monero, it is important to gain an idea about its pros and cons. Cryptocurrency undoubtedly offers a lot of benefits to people. However, it has some drawbacks too.

Some of the prominent pros of Monero are:

The potential cons of Monero are:

Want to learn about the working process and infrastructure of bitcoin technology? Check the presentation Now on What is Bitcoin and How Does it Work

How to Buy Monero Cryptocurrency?

Are you wondering how to buy Monero? Well, there are a number of ways of acquiring this cryptocurrency. You can buy it simply through an ATM that supports cryptocurrencies. You can also buy the cryptocurrency through a virtual or digital currency exchange. However, one of the best and easiest ways is by having a Monero wallet. Apart from that, you can buy Monero through exchanges such as Kraken, Binance, Bitfinex, and more.

In order to use the Monero wallet, you will have to download it first. You can then easily use the wallet on your Linux, Mac, as well as Windows computer. As the platform operates using its own wallet, it supports a number of operating systems. Once you complete the process of downloading the wallet, you can choose the exchange type you are willing to make.

While buying Monero, it is vital to keep in mind that you may come across a number of difficulties when purchasing or exchanging cryptocurrencies. For instance, some of the potential difficulties include registration, verification of accounts, and the possibility of hacking.

How to Mine Monero Cryptocurrency?

Mining Monero is quite simple and easy in comparison to other cryptocurrencies. You will not have to go through a number of steps, such as downloading mining software, connecting to the pool, adding a wallet, and more. Instead, it is an all-in-one package.

Monero runs efficiently on the top operating systems such as macOS, Windows, Android, and Linux. Moreover, it also performs well on the FreeBSD OS platform. In the mining of Monero, you have the choice and freedom to mine individually or join the mining pools. To perform Monero mining, all you need is a standard computer. There is no need for any particular hardware like the ASICs (Application-specific integrated circuits). ASICs are useful in mining cryptocurrencies such as Bitcoin. However, they are quite expensive. But Monero mining does not involve any such costs. You can simply make use of the GPU or CPU of your computer in order to effectively mine the coins.

Monero depends on proof-of-work mining. It is an algorithm that ensures optimum security of cryptocurrencies such as Monero. It helps in preventing problems relating to double-spending.

Want to know the answers to some of the commonly asked questions about cryptocurrency? Check the detailed guide on Frequently Asked Questions About Cryptocurrency

In order to develop the ring signature, Monero leverages a combination of public keys and account keys of the sender. This makes it private and unique. It conceals the identity of the sender as it is just not possible to identify whose keys it is. Therefore, it becomes impossible to produce the signature.

Want to understand the difference between private key vs public key? Check the detailed guide on Private Key vs Public Key – How they work?

Cryptocurrencies are increasingly becoming a buzzword in recent times. It is one of the most popular investments among the people. However, choosing the right cryptocurrency to purchase and trade is highly important. Monero is definitely a cryptocurrency to invest in. Privacy, fungibility, and security are the prominent features that attract most investors to invest in them.

You can easily trade Monero on popular cryptocurrency exchanges such as Bitfinex, Kraken, and Poloniex. However, make sure not to forget the potential challenges of Monero, like the use of cryptocurrency for illegal activities.

The popularity of Monero is yet to increase in the coming years. So, if you are planning to invest in crypto, there can be nothing better than Monero.

What is BEP20 Token – Simply Explained

A Detailed Guide on Crypto Loans