Top 10 IoT Blockchain Startups That You Should Know - 101 Blockchains

Top 10 IoT Blockchain Startups That You Should Know

Blockchain and IoT are two of the prominent technologies which are empowering digital transformation in every possible way. However, is it reasonable to think of a combination of both? Are there any IoT blockchain startups that showcase the feasibility of combining blockchain and IoT? Blockchain has already been through a massive upsurge in hype and then crossed the trough of disillusionment, and it might finally have made its way to the upward climb again.

The same is applicable for IoT, which is mired in issues of privacy and security concerns. So, it is definitely challenging for an enterprise to combine both technologies and use them for delivering value to consumers and businesses. The following discussion aims to reflect on the prolific value introduced by blockchain in IoT alongside an illustration of top blockchain IoT startups in present times.

Want to learn how you can use blockchain in the Internet of Things (IoT)? Become a member and get free access to the Getting Started with Blockchain And IoT Course Now!

The Internet of Things or IoT has definitely emerged as one of the top interventions in the traditional methods followed in enterprise operations. For example, introduction of sensors alongside other edge devices and related infrastructure has transformed many business operations across different industries. An understanding of the relevance of blockchain for IoT could help in understanding the foundation of blockchain IoT companies clearly.

The introduction of new and innovative IoT devices creates challenges for enterprises in the form of information security. Furthermore, the substantially increased number of connected devices with every passing year results in potential growth in complexity of data security. Blockchain could play a critical role in addressing the security issues associated with an IoT system.

Check out this detailed graphic to know more about Blockchain & IoT- Also Read: Moore’s Law And The Internet Of Things (IoT)

How Can Blockchain Influence IoT?

Blockchain is basically a digital, distributed ledger technology that enables peer-to-peer transactions. When combined with IoT, blockchain could enable machine-to-machine transactions. The effectiveness of Blockchain IoT projects depends considerably on an understanding of the value generated from the combination.

Security is one of the formidable concerns in IoT, which has delayed large-scale deployment. In addition, IoT devices also have vulnerabilities to DDoS attacks. At the same time, existing IoT networks also experience issues of scalability. Since IoT devices are slowly becoming integral parts of the daily lives of people, it is important for enterprises to address the security and scalability concerns.

Blockchain Brings a Lot of Value in IoT

The effect of blockchain on addressing security and scalability concerns in IoT showcase the ideal foundation for establishing blockchain IoT startups. IoT networks could process data transactions throughout multiple devices under the ownership and administration of different organizations. As a result, it could be difficult to identify the source of any data leakage in event of cybercriminal attacks. Blockchain could offer an ideal solution to these issues in the following ways.

Must Check: Security & Privacy Issues In The Internet Of Things (IoT)

Blockchain could help IoT by developing improved levels of trust among devices and parties. In addition, blockchain could also reduce the risks associated with tampering and collusion.

The blockchain and IoT association could also render promising value benefits with cost reductions. The use of blockchain for IoT could help in removing overheads associated with intermediaries and middlemen.

The term ‘IoT’ might seem like a vague and incomprehensible one. However, the mystery around the continuously expanding IoT landscape is also one of the factors driving its popularity. Now, IoT technology is capable of enabling communication between smart devices. The IoT industry initially focused on empowering ‘smart’ capabilities in technology such as phones and fitness trackers.

Now, IoT technologies have evolved to the stage where they facilitate daily household activities with efficiency. How have companies been able to use the unique functionalities of blockchain in combination with IoT? The answer to this question points towards the top IoT blockchain startups in present times. 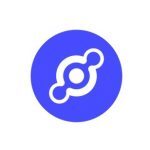 Helium is a San Francisco, California-based IoT blockchain startup known as the first decentralized machine network in the world. The company leverages blockchain for connecting low-power IoT machines such as microchips and routers to the internet. The blockchain-based wireless internet infrastructure of Helium is also one of the characteristic highlights of the startup.

Interestingly, the Helium team has successfully conducted its first blockchain transaction. In addition, the company also has plans for implementing their nodes throughout California, UK, and Boston for testing their decentralized peer-to-peer networks. 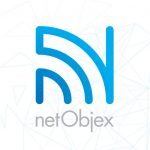 Another top addition among blockchain IoT projects in the present times would be NetObjex. The Irvine, California-based startup has been successful in creating a standard, decentralized infrastructure for IoT devices to enable communication between them. In addition, the blockchain-based IoToken offered by the company delivers a secure digital platform to enable interaction and communication between smart devices in one ecosystem.

NetObjex states that the IoToken is also suitable for seamless communication with other devices in a wide range of industries. For example, patrons could use the IoToken through their crypto wallets to make payments for their meals. In addition, IoToken could also be useful for drone delivery by marking the point of delivery and ensuring payment verification. 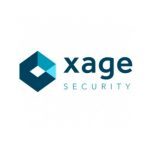 Xage Security is another wonder among blockchain IoT startups to emerge from California. It is one of the unique blockchain-based security platforms for IoT. Interestingly, the focus of Xage Security on different industries such as transportation, agriculture, utilities, and energy proves a lot about its functionality.

The blockchain of Xage ensures that IoT devices are tamper-proof and can access secure lines of communication between smart devices. Furthermore, Xage also features an extended suite of decentralized IoT applications with diverse capabilities. You can find applications for security policy management as well as ones for issuing instant notifications regarding malicious hacking activities.

The most prominent real-life use case of Xage Security in its collaboration with the Smart Electric Power Alliance or SEPA shows its efficiency as one of the best blockchain IoT companies. Xage aims to help SEPA in shifting its IoT devices to the clean energy sector.

Must Read: Business Opportunities For Blockchain In 2021 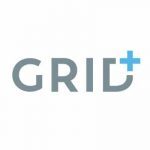 The Austin, Texas-based Grid+ is also one of the top names in blockchain IoT projects with substantially beneficial functionalities. Grid+ leverages Ethereum blockchain for enabling consumers to access energy-efficient IoT devices. The company’s agent purchases and sells electricity in the name of a Grid+ user.

In addition, the Grid+ app offers updated information regarding energy usage with the company’s smart meter connected wirelessly to energy-efficient smart devices. The Ethereum blockchain of Grid+ helps agents in paying for electricity at a gap of every 15 minutes. Most importantly, the tenets of advanced blockchain cryptography empower the security of payments and general cyber security on the app. 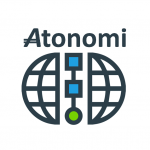 New to blockchain technology? Enroll now in our Free Blockchain Course to get started! 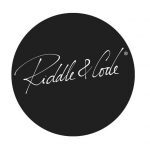 As a result, it could deliver an integrated, patented hardware and software solution for enabling trusted and secure interactions with machines in IoT ecosystems. As a matter of fact, Riddle&Code basically offers a ‘trusted digital identity’ to machines or any physical device. The striking aspect of Riddle&Code refers to the right balance between the need for physical documentation and the advantages of blockchain. 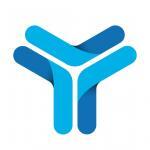 HYPR is another prominent entry among blockchain IoT companies with a lot of potentials. The company leverages decentralized networks or the power of blockchain for the security of connected ATMs, homes, locks, and cars. Cyber-attacks can be extremely devastating due to compromises in centralized databases, which house innumerable passwords in one place. HYPR follows a unique mechanism of storing logins on its blockchain. As a result, it can ensure security and decentralization of crucial and sensitive information.

Some of the important biometric security protocols of HYPR include the unique voice, facial, palm, and eye recognition tools for IoT devices. Furthermore, HYPR is also one of the most successful blockchain IoT projects in recent times with its real-life use cases. For example, the platform has tested biometric scans on smartphones for enabling access to ATM personal banking. In addition, HYPR has also developed a DLT digital key for homeowners to enable a single access point for almost everything, including IoT-enable doors as well as smart entertainment centers.

Check out the list of Top 5 Blockchain Analytics Companies that are taking benefit of blockchain analytics in their scope of work. 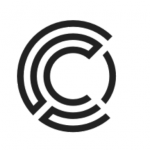 Chronicled is easily one of the top additions among IoT blockchain startups with promising potential. The platform has effectively combined blockchain and IoT products for delivering an end-to-end supply chain solution. The primary focus of Chronicled is presently on the pharmaceutical and the food supply industries.

The company leverages IoT-enabled shipping containers and sensors for accessing real-time updates regarding the shipping process. The implementation of blockchain in IoT devices in the medical or food supply chain helps increase transparency in the process. Most importantly, it improves awareness of the chain of custody for addressing any problems arising in the course of shipping. 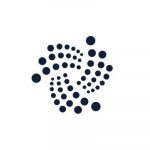 IOTA is basically a protocol to ensure faster transaction settlement with the value of data integrity. It is one of the interesting blockchain IoT projects, which features a Tangle ledger for reducing the need for expensive mining. IOTA offers a prolific infrastructure for IoT devices that have to deal with processing of massive amounts of microdata.

The features of Tangle ledger, the blockchain ledger supporting IOTA, empower the capabilities of the IOTA protocol. Some of the distinct features of Tangle include quantum-resistant data, machine-to-machine communication, and fee-less micropayments. Furthermore, IOTA has also developed a sensor data marketplace with plans for entering the domain of data-driven analytics and insights. 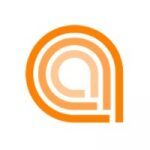 The final addition among the best blockchain IoT startups in the present times would definitely point towards ArcTouch. The company specializes in designing blockchain-based software with support for better integration with IoT solutions. ArchTouch has developed a range of connected, smart solutions, including smart TVs, voice assistants, and even wearables.

The company also focuses on the development of customized decentralized apps (DApps) that connect to the IoT devices.  In addition, decentralized apps developed by  ArcTouch feature an enhanced level of IoT security. At the same time, it could enable faster processing of agreements through smart contracts.

Become a member now to watch or on-demand webinar session on How Can Blockchain Improve Sustainability In Supply Chains?

The different blockchain IoT companies showcase promising value when it comes to transforming enterprise operations as well as everyday activities. Some startups are focused on improving IoT security irrespective of the industry. At the same time, you can also notice startups with a focus on improving traceability and accountability in supply chains.

It is quite clear that blockchain brings credible value benefits to the table for IoT. The growth of IoT depends considerably on the way it handles the existing issues such as security and scalability. Interestingly, blockchain could offer these advantages for the IoT ecosystems of the future. Learn more about IoT and the way blockchain could revolutionize the long-term prospects for IoT adoption.