Beginner's Guide: What is Ark? The Smart Bridge - 101 Blockchains

Beginner’s Guide: What is Ark? The Smart Bridge

The cryptocurrencies that currently exist tend to work independently of each other. Each cryptocurrency has its blockchain network with its token, making compatibility between them very hard.

Ark launched its Initial Coin Offering in 2016. The mainnet went live on March 2017, and it has undergone a number of updates since then.

A 27 member team founded it. However, the core team has reduced gradually to the current core team of 17 members.

In addition to the SmartBridge technology, Ark has a range of other features which makes it one of the best-developed cryptocurrencies of all time.

How does Ark work?

In some years past, it was almost unimaginable that there would come a time when it would be possible to link the different cryptocurrencies thought a single blockchain network. However, the Ark cryptocurrency has made it a reality and cryptocurrency users can now connect and communicate with separate cryptocurrency blockchain.

To allow the connection and communication among the different networks, it uses SmartBridge Technology, which acts as the bridge from one blockchain network to the other.

In simple terms, Ark cryptocurrency has revolutionized the field of cryptocurrencies. Connecting the cryptocurrencies make them stronger since it becomes possible for the user to solve an extensive range of real-time problems by combining the services offered by the different blockchain networks.

What is Ark’s Roadmap

Ark’s Roadmap does not have specific timelines as is the case with most cryptocurrencies.

After the release of its main net, the cryptocurrency has been undergoing continuous updates, with some updates having been completed and others still under development.

To date the development team has been able to carry out the following: 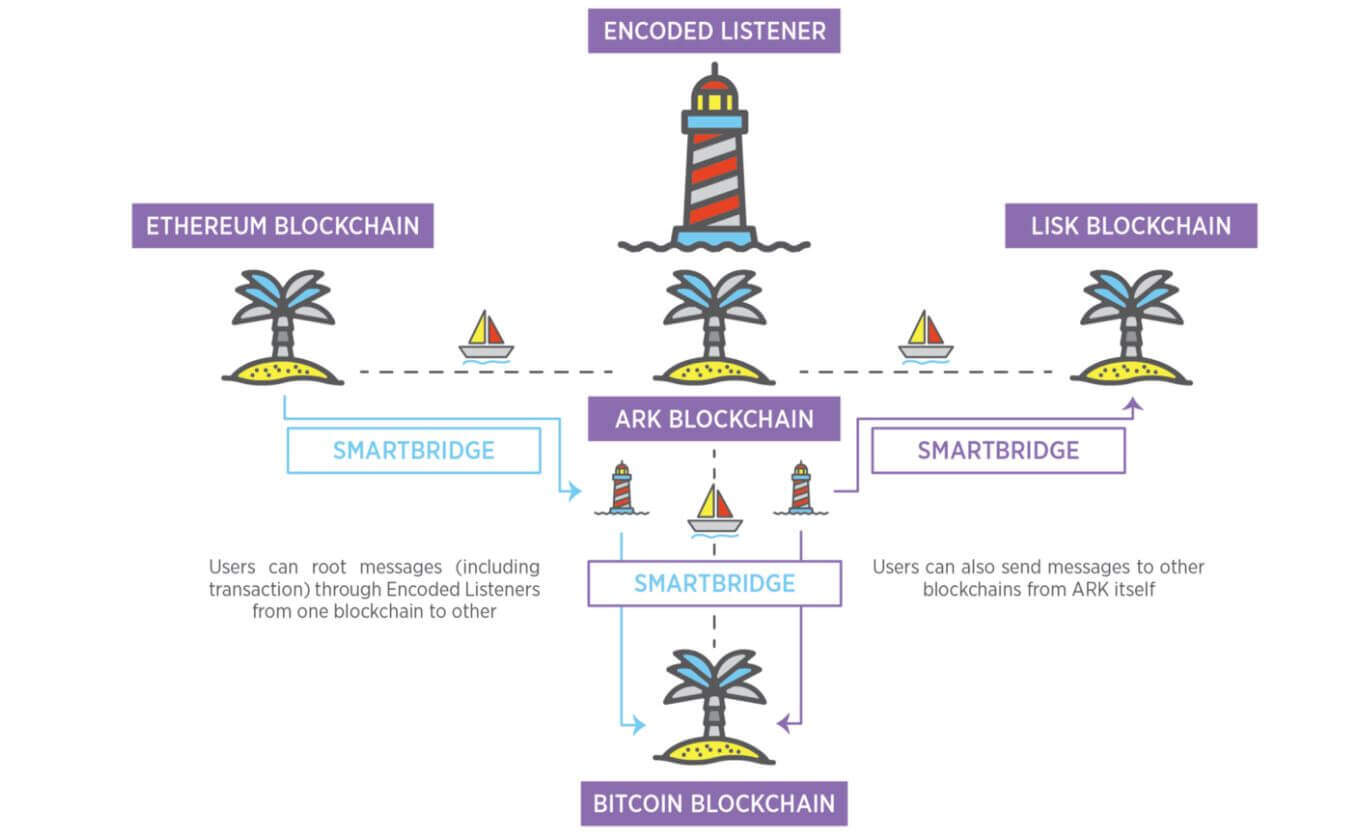 There are other projects which are in various development stages. These include the:

The Ark has a very active community. Usually, the Team posts blog updates, social media updates as well as GitHub additions so that the users will be updated on what is happening with the cryptocurrency.

There is also a host of developers who contribute much to the growth of the ecosystem. Usually, there are bounty rewards for the developers to encourage them as they develop solutions.

There is also the Ark Contract Execution Services (ACES) team, which is part of the development team.

Ark team comprises of 17 main members who are part of the 27 founders of this cryptocurrency. The core members come from 11 different countries showing how decentralized this project is.

ARK Token is listed on a number of Crypto exchanges in case users also want to trade it.

Some of the prominent crypto exchanges that have listed the ARK include Binance, Brittex, CoinSwitch, CryptoMate, LiteBit.EU, Cryptopia, and Upbit among many more.

The ARK seems to be performing better than some cryptocurrencies which entreated the market way before it. The value of one Token is now valued above $1, and it is expected to rise as the cryptocurrency continues to develop.

Where to store your ARK Tokens

After purchasing ARK tokens, users have three wallet options to store their tokens. The three options are the desktop wallet, the paper wallet, and the mobile wallet.

Dedicated to providing accurate and in-depth analysis of the cryptocurrency markets. I focus on producing informative, educational, and engaging content related to blockchain education and investment opinions as well as up-to-date news and developments about popular crypto and blockchain projects, with an eye towards analysis and what it means for the average investor.