What is Stellar Blockchain?

The Stellar blockchain is a payment technology which is open source. Founded by Jed McCaleb in 2014, Stellar aims to bridge the gap of all financial institutions so that the cost and time can be reduced drastically in case of international transfers.

The protocol used by Ripple and Stellar for payment transfer is same. Despite that Stellar and Ripple have some fundamental difference. For example, Ripple is a closed source whereas stellar is open source. The team of Stellar although has stopped the creation of its consensus since the beginning of the year 2014. Stellar focuses on the market firms who are mainly in developing stage. For them, it has various use cases that include bank loan distribution and money remittances to the unbanked. 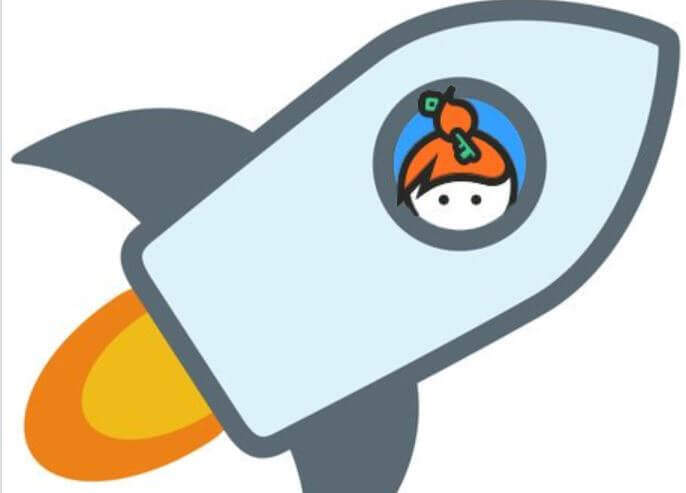 The basic operation of stellar is similar to the payment technologies of many decentralized platforms. Stellar operates on decentralized servers along with a distributed ledger which is refreshed among all nodes in every 2 to 5 seconds. The consensus protocol is the main difference between Ripple and Stellar.

To approve transactions, the consensus of Stellar does not depend on the network of miners. It makes use of Federated Byzantine Agreement (FBA) algorithm that allows the transaction to process quickly as it uses quorum slices in order to validate and approve the transaction.

Every node in the network opts for another set of trustworthy nodes. The transaction is considered as approved once it is approved by all the nodes present in the set. This process of approving transactions made the network of Stellar really fast. Due to this, it claims to process approx 1000 network operations in one second.

How Stellar help in International Transfers?

The present international transfers process is quite complex as it requires maintaining the accounts by the domestic banks in the international jurisdiction and local currencies. It also demands a situation where particular banks have to operate a similar account in the domestic country.

The transactions of cross borders with core currencies is a lengthy process that involves reconciliation and conversion of accounts. This whole process is popularly known as the Nostro-Vostro process. As simultaneous validation is enabled under the process, thus with the help of Stellar blockchain the complexity and delays are eliminated or shortened.

The Stellar Lumens cryptocurrency also helps in providing streamline and liquidity in the process. As per certain reports to facilitate such transfers in future, the bank will also need their own cryptocurrency.

Who is using Stellar Blockchain?

After announcing its partnership with IBM in October 2017, Stellar came into the spotlight. The partnership focuses on the setup of the multiple currencies among the South Pacific nations.

The aim of the project is to increase the cross-border payments by 60% among the countries like Fiji, Australia, and Tonga. In order to expedite the transactions, Stellar blockchain project allows connections between non-profits, small businesses, and local banking. For instance, a shopkeeper in Indonesia will be able to connect and do transactions with the farmer in Samoa.

Deloitte a prominent technology fund also announced its partnership with Stellar in the year 2016. In addition to this McCaleb in 2017 also told that 30 banks have started using the blockchain of Stellar for their international transfers. Stripe which is a payment service has upgraded from Bitcoin technology to allow Stellar on its platform.

Stellar aims at increasing the adoption of blockchain technology thus its services are already being used by many noticeable international organizations. Stellar has gained success in making the real vision of Satoshi Nakamoto of a decentralized finance and distributed ledger technology. This has become possible due to its open network and non-profit organizational structure. The implementation of lightning-fast network and token insurance definitely made Stellar blockchain a strong choice among people.

Manmeet Singh is a digital marketer and tech geek. He loves to write about Blockchain, Cryptocurrencies, Technology, and anything related to digital media.