The differences between ICOs and STOs

One might be hard-pressed to think that the two are largely different but they are rather similar. However, in order to understand what an STO is, one must first understand ICO. The latter refers to a token offering from a company or organization in order to raise capital for a project. Buyers are issued with digital tokens. Unfortunately, ICOs are largely unregulated, thus putting investors at risk.

Many investors focusing on blockchain and cryptocurrency-related opportunities have lost money from fraudulent ICOs by fraudsters that have elaborate scams aimed at earning them some quick easy cash. This, plus the lack of regulatory guidance are the reasons why ICOs have received a lot of opposition from regulators. An STO is a token offering that is similar to an ICO but the main difference is that STOs are regulated. 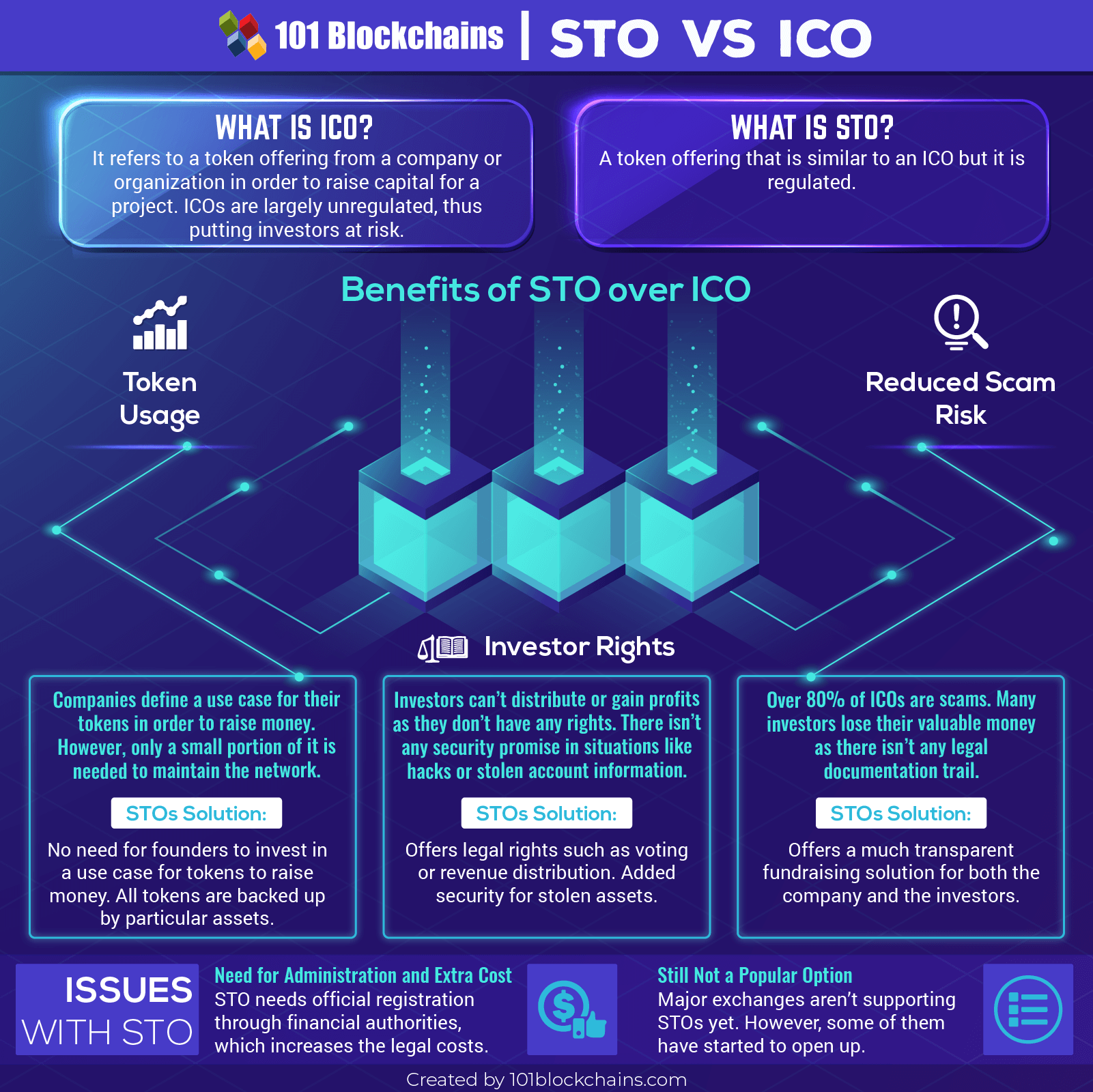 Bridging the gap between crowdfunding and regulation in blockchain

STOs are registered with the Securities and Exchange Commission (SEC) and they take advantage of securities exemption such as Reg A+. They, therefore, have a lot of similarities to shares. For example, tokens issued in STOs give investors some rights to the firm or organization issuing them.

Market experts are highly confident about STOs and they believe that the market cap will be more than $10 trillion by 2020. In comparison, ICOs have raised roughly $4 billion so far. ICOs might have dominated the crowdfunding market in 2017 but this year, the concept of STOs is expected to take off in a huge way by providing investors with safe investment opportunities. Many believe that it might finally be the highly sought-after solution for crowdfunding through the cryptocurrency market.

The company behind the STO idea

The idea of ICOs has been tossed around by a blockchain startup called Polymath headed by Trevor Koverko. The concept is expected to gain traction quickly because the crowdfunding market has been seeking a better solution, and STOs bypass the problems associated with ICOs. It also highlights the ongoing trend where regulators have been working together with companies in the blockchain cryptocurrency market to create solutions that will bring more order.

Regulations in the sector are expected to encourage more investors to jump on board such projects, thus increasing the potential of more blockchain projects succeeding. Funding is often the major hurdle standing in the way of success for many blockchain startups. The STO concept is one of the best ideas aimed at making sure that the blockchain community aligns itself with government regulations. It is still a bit early to tell but STOs might be the highly anticipated solution that will end the strife between regulators and the blockchain community.

Polymath is currently working on a decentralized protocol that will help companies to come up with their own securities tokens. The protocol will verify every crypto address to make sure that investors meet the necessary requirements to invest in a particular security offering. Such restrictions will allow the projects to be confident that their STO tokens will be held by serious and authorized investors.

In conclusion, crowdfunding is about to get a whole lot better courtesy of the more secure and regulated approach that will be offered through STOs.

Lern more about ICO Vs DAICO? What Is The Difference Between The Two?.