Bitcoin vs Ethereum? What’s The Difference?

Bitcoin (BTC) and Ethereum (ETH) are showing signs of breaking out after coming under immense selling pressure early in the year. The two cryptocurrencies plunged from record highs, fuelling concerns of a possible bubble burst in the sector.

However, things are finally looking up as it becomes clear cryptocurrencies are here to stay. Talk that digital currencies could be the currencies of the future, has gone a long way in drawing in retail and high net worth investors, in pursuit of investment opportunities in the sector.

Bitcoin vs. Ethereum on the investment point of view is a battle that is slowly taking shape as investors continue to speculate on which of the two is likely to generate more returns in the long term.

Choosing between the two for investment purposes is sure to be anyone worst nightmare, given that both are showing signs breaking out on widespread adoption and acceptance.

Technology will play an essential role in the adoption of the two cryptocurrency and possible entry into the mainstream industry. While the underlying blockchain technology powers the two, Bitcoin appears to have an edge on this front.

Bitcoin has the edge over Ethereum and other cryptocurrencies in part because it was the first one to use blockchain technology. Having been in business for more than 9 years, it is seen as a more stable coin something that continues to work to its advantage among investors.

Ethereum came a few years after Bitcoin. However, it has established itself among developers on the development of decentralized apps something that continues to validate its credentials. Ethereum blockchain is increasingly being used to develop smart contracts and decentralized applications, a feat that Bitcoin lacks.

However given that there is no major decentralized application embraced in the mainstream society, means Ethereum will continue to play second fiddle to Bitcoin.

Ethereum vs Bitcoin: Number of Coins

Bitcoin scarcity makes it extremely valuable depicted by its value in the market, compared to other Altcoins. A lack of maximum supply cap is something that could hurt Ethereum value in the long run compared to Bitcoin. The fact that Bitcoin has a cap makes it desirable given that as demand increases, its supply will remain constant something that could see it value spike even higher.

The fact that Bitcoin was created much earlier than Ethereum has seen its value rise steadily on the backdrop of increased speculation. It is for this reason that Ethereum price has always spiked up whenever bitcoin rises and dips on BTC coming under pressure. 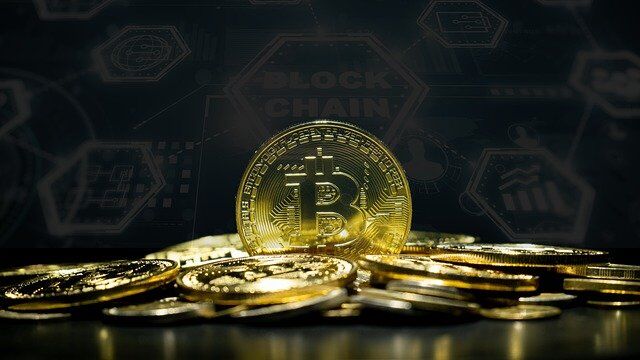 The early market mover advantage is something that seems to be working to Bitcoin advantage. For instance, people are more familiar with BTC than ETH something that has seen it elicit interest and strong demand from both retail investors and high net worth investors.

Ethereum has the edge over Bitcoin on its transaction handling capability. Its blockchain protocol is far much faster than Bitcoin’s with transactions settling in seconds as opposed to minutes. While Ethereum has an edge on this front, it is a no match to Ripple (XRP) whose blockchain protocol is increasingly being adopted in the financial industry.

There is no doubt that bitcoin is nothing more than a currency. Ethereum, on the other hand, has emerged as a reliable ledger technology through which companies are using to build programs.

Bitcoin appears to have the edge over Ethereum on the fact that it is seen to be a more stable Altcoin. That said investors are increasingly using it to gain exposure into the booming industry as it is seen to have high prospects of success.