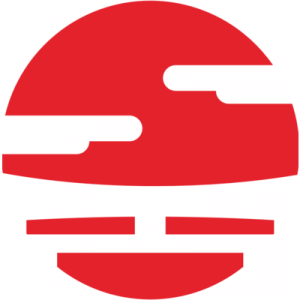 Soramitsu is a Japanese company working on the big mountain to conquer these days, i.e blockchain. They are coming up with providing information systems backed with blockchain. They provide, new solutions for different businesses to carry their operations on. They are focused more on the user-centric approach, which means that they look for how exactly the product should be used by the targeted user, instead of how the product might be. This technique was developed after the failure of software technologies when they were developed entirely on a product-centric approach. This technique helps soramitsu to pinpoint the functionalities and make operations parallel on the basis of the blockchain.

The major, breakthrough brought into the field of IT by Soramitsu was the contribution in the project named HYPERLEDGER. They provided a module named IROHA to the Linux based project. Hyper ledger was started in December 2015 by Linux Foundation, this project was based on the blockchain and other cryptocurrency-based technologies. The main aim of the initiation of this project was to create efficiency by improving parallel transactions in the information systems used by the corporate world. The IROHA is a contribution to HYPERLEDGER, it’s an open source code which means anyone can contribute to it. IROHA was developed in C++.

IROHA’s main application is for the financial institutions and identity management institutions. This particular module is available on GitHub for free usage. IROHA was developed so that it incorporates the high-level minds of the businessmen. It is based on a simple-minded technique. Thus its application is quick and witty. It is promised by soramitsu that IROHA is reliable as it is based on a security algorithm “YAC” Yet Another Consensus, which protects it from malware and injections. Soramitsu’s IROHA is robust and is validated by the safety measures of e-sign EdDSA. It is machine independent and can be plugged on Linux and MacOS systems. As mentioned earlier it is purely customer centered.

Soramitsu has many partners globally. Some of their partners include Panasonic, In detail, Intec, CTC, NTT Data, DataCook, etc. Soramitsu believes in the presence of digital identity, they believe that the presence of digital identity is a major in today’s economy. They promise to make the e-business, effective and secure in the present world. Their major help goes to the businesses who do not have a centralized administration. The performance of concurrent business operations and handling of many admins is the key nowadays.